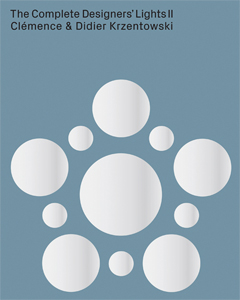 order
Collection Clémence and Didier Krzentowski.
Clémence and Didier Krzentowski—the founders and directors of the leading contemporary design gallery kreo, whose program includes world acclaimed designers such as the Bouroullec Brothers, Martin Szekely, and Konstantin Grcic—have been collecting lights for 30 years. Focusing particularly on Italian and French design, their collection is the most important of its kind today, spanning creations from the 1950s to the 1990s with special attention to the 1950s, 1960s, and 1970s. It includes large groups of works by Paulin, Garrice, Castiglioni, and the biggest of Sarfatti's, who according to the Krzentowskis, is "the best of his category, because he was a long-lasting researcher of forms and techniques. As soon as a new bulb was created, he was doing a new lamp that was completely minimal."
“The Complete Designers' Lights II” is the second and revised edition, corrected and augmented with many new lamps. It provides priceless documentation and a visual guide for those interested in light design and furniture history, offering a detailed insight into this particular and fascinating field. Conceived as a catalogue raisonné of nearly 500 lights, this book also includes a discussion between Didier Krzentowski, the design historian and Director of the Bordeaux Musée des Arts décoratifs et du Design, Constance Rubini, and the journalist and design critic Pierre Doze, as well as an essay by the design and art critic Alex Coles focusing on the relationship between light design and light art, mainly through a parallel study of Gino Sarfatti's and Dan Flavin's works.
New, revised, and expanded edition.
order
Edited by Clémence & Didier Krzentowski.
Texts by Alex Coles, Pierre Doze, Didier Krzentowski, Constance Rubini. 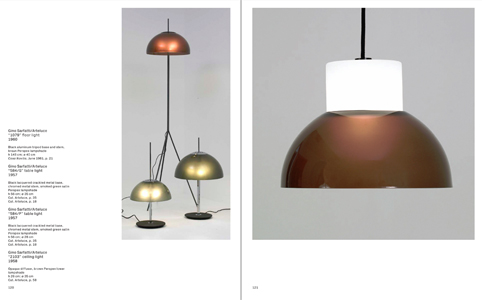 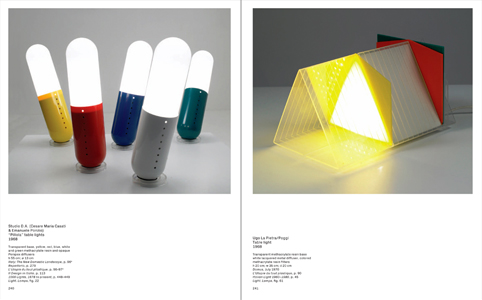 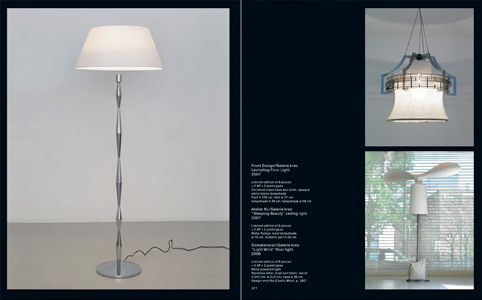