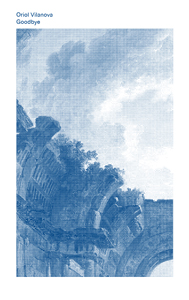 order
wishlist
The transcription of a performance by Oriol Vilanova.
This publication is the transcription of a performance given by Oriol Vilanova at the FRAC Champagne-Ardenne in December 2012, during the “Reims, Scènes d'Europe” festival. Following the presentation of this project, the FRAC Champagne-Ardenne and the artist have decided to publish its text in a trilingual edition (French/English/Spanish), accompanied by a new series of pictures produced especially for this occasion. He has written an introductory text beginning thus: "June 15. The Louvre no longer exists. The Louvre is finally finished. Aldo Rossi said that a building is not finished until it disappears. Several tons of ruins of the museum are now mixed with small pieces of history. The same colour everywhere, just leftovers: paintings, crystals, concrete sculptures, marble...".
Born 1980 in Manresa, Oriol Vilanova lives and works in Barcelona and Brussels. By rummaging through flea markets, his favourite places for research, he builds up a collection of postcards to create a “thinking machine” that provides the conceptual foundations for his plays, installations and performances.
order wishlist
Graphic design by Xavier Antin. 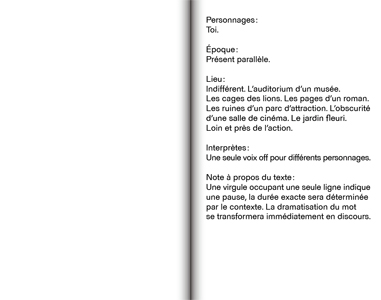 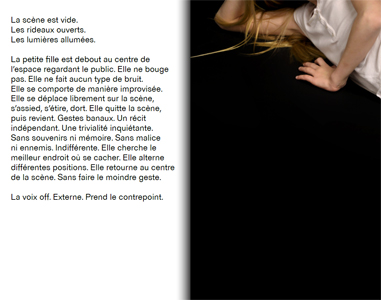 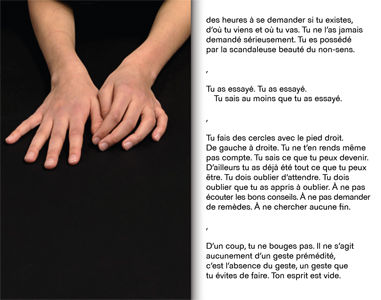 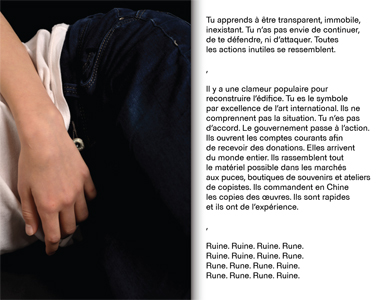 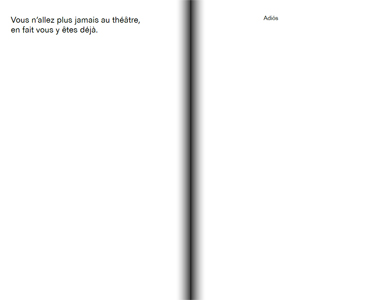