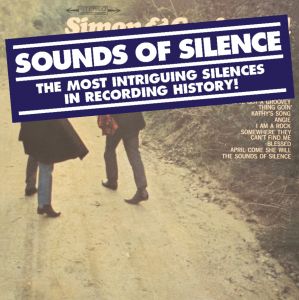 order
wishlist
An anthology of silence pieces from the records history.
Sounds of Silence is an anthology of some of the most intriguing silent tracks in recording history and includes rare works, among others, by Andy Warhol, John Lennon, Maurice Lemaître, Sly & the Family Stone, Robert Wyatt, John Denver, Whitehouse, Orbital, Crass, Ciccone Youth, Afrika Bambaataa, Yves Klein, etc. In their own quiet way, these silences speak volumes: they are performative, political, critical, abstract, poetic, cynical, technical, absurd… They can be intended as a memorial or a joke, a special offer, or something entirely undefined. The carefully chosen silences of this anthology are intrinsically linked to the medium of reproduction itself and reveal it's nude materiality. They expose their medium in all its facets and imperfections, including the effect of time and wear. At the most basic level, these silences are surfaces. And it is in their materiality that they distinguish themselves from the conceptual experiments of John Cage with 4'33". From the 1950s silence has found a place in the economic structure of the record industry and since then it would increasingly be appropriated by a vast array of artists in a vast array of contexts. Indeed, the silent tracks seem to know no boundaries. The LP presents the silences as they were originally recorded, preserving any imperfection that the hardware conferred upon the enterprise, without banning the possibility to satisfying the ear. The liner notes provide historical background for each track, revealing the stated (or presumed) motivations for these silences, while providing novel sound correspondences or interferences. This album is meant to be played loud (or not), at any time, in any place: a true aural experience.
4th pressing (2022) of the record first released in 2013.
Matthieu Saladin is an artist and associate professor in visual art at University Paris 8 (TEAMeD / AI-AC). He is in charge of the Labex Arts H2H project Factory of sound art. He is the editor of the series Ohcetecho (Les presses du réel), the chief editor of Tacet, and collaborates with journals such as Volume! and Revue et Corrigée. His practice takes place in a conceptual approach and often uses sound. He is interested in the production of spaces, the history of artistic forms and creative process, and in the relationships between art and society from a political and economic point of view.
order wishlist
Published with Alga Marghen and Incertain Sens.
published in September 2016
22.00 €
in stock
press releases
Mouvement (« album de la semaine »), Christophe Taupin, 2013 (PDF)
Libération (Libé Next), Marie Lechner (entretien avec Patrice Caillet, Adam David et Matthieu Saladin, 2014 (PDF)
The Wire, Julian Cowley, 2014 (JPG)