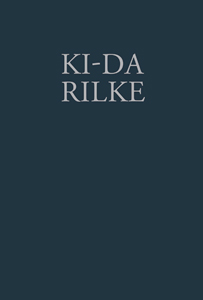 order
Artist's book in which Sung Hwan Kim engages with the work of Rainer Maria Rilke.
The artist's book Ki-da Rilke evolved in relation to the exhibition “Line Wall” by Sung Hwan Kim. In the book, Kim engages with the work of the Prague born poet Rainer Maria Rilke (1875–1926). The first part of Ki-da Rilke features a transcription and drawings of Rilke's collection “New Poems” (1907) in the German original and on thin sheets of paper and notepads. The second part features Kim's drawings inspired by Rilke's “Sonnets to Orpheus” (1923), which are then further developed in the book's third part, which comprises an independent picture story featuring recurring characters. These figures are named in an index on loose sheets of paper.
Published on the occasion of Sung Hwan Kim's exhibition “Line Wall” at Kunsthalle Basel, April 17 – May 29, 2011.
In his work, Sung Hwan Kim (born 1975 in Seoul, lives and works in New York City) manipulates various textures and transparencies in order to probe what it means to be from somewhere at all, and not from a particular place, be it East Asia or the USA. His films and performances are enigmatic and myth-like; rather than linear narratives, the forms his works take are more reminiscent of song structures. The genre of song is found in every culture, and is regarded as the primal form of poetry. Accordingly, lyrical characteristics like repetition, rhythm, transformation and the superimposition of motifs find a place in all of Kim's works.
order
Design by Robin Watkins.
published in October 2011
English edition
16,2 x 22 cm (hardcover)
168 pages (138 b/w ill.)
28.00 €
ISBN : 978-1-934105-51-1
EAN : 9781934105511
in stock