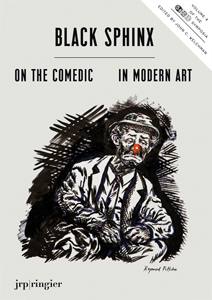 order
wishlist
12 essays about the comedic in art.
Philosopher Simon Critchley and art historian Janet Whitmore discuss the modern origins of comedic genres and some of the key theoretical articulations of laughter and wit—by Freud, Bergson and others—and the special zone of outlandish humor demarcated by the cabarets, café concerts and ephemeral publications of Montmartre in the 1880s and 1890s.
John C. Welchman focuses on John Baldessari, one of the fountainheads for the new permissibility of humor in art in the 1960s as the hegemonies of modernist seriousness withered away, while performer, playwright and former V-Girl, Jessica Chalmers, and writer and curator, Jo Anna Isaak, discuss the relation between comedy and gender.
Finally, artist and writer David Robbins reports on his decade long investigation into the comedy in objects, as video, performance and installation artist Michael Smith reflects on his hilariously awkward and regressive journeys with alter persona "Mike."
Edited and introduced by John C. Welchman, "Black Sphinx" is based on the fourth SoCCAS symposium, held at the Hammer Museum. 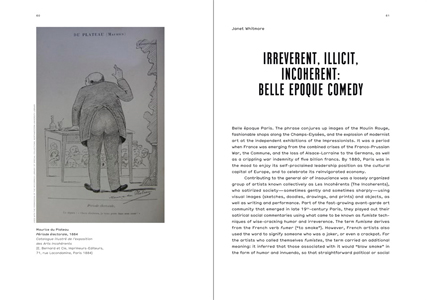 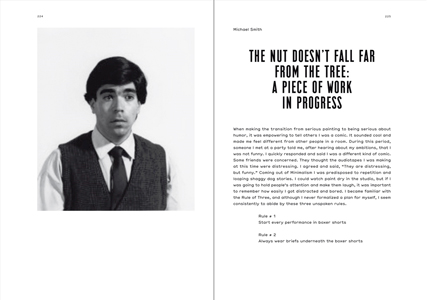 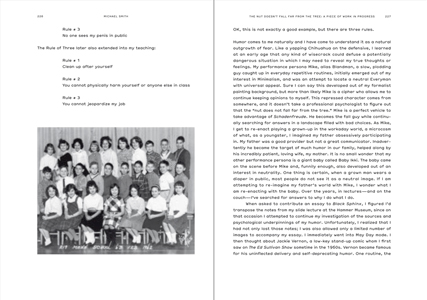