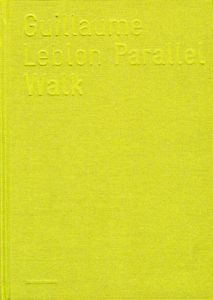 order
wishlist
This new monograph is published in the wake of a 2008 exhibition at the CGAC in Santiago de Compostela. The show was devised as a sequence of pieces interlinked by an itinerary running parallel with the features and rhythms of the building. The relationship of reciprocity that each piece established with the others and with the space configured a parallel passage in the architecture and in the landscape.
The book conjures up this itinerant structure by being divided into four smaller books of pictures, interspersed with writings.
Manuel Oliveira's introductory essay bases his analysis of Leblon's work around the luminal halo concept, that “imperceptible trembling of the finite” within which antagonistic properties and categories come into contact. Dieter Roelstraete offers us his “disorderly” reflections—starting with the fall of Icarus and taking in Yves Klein and Sergej Chalibashvili, the sadly famous Soviet champion—about a performance put on by Leblon for the opening of Sonsbeek 9 in Arnhem, in 2001. The interview with Eva González-Sancho and Frédéric Oyharçabal focuses on various aspects of the work and deals with the artist's real attention to today's artistic landscapes, where they fit in, and their force-lines.
Published on the occasion of the eponymous exhibition at Centro Gallego De Arte Contemporaneo, Santiago de Compostela, from April to June 2008 (www.cgac.org).
Guillaume Leblon (born 1971) makes films, installations and interior objects which transform the function and perception of space. He belongs to the generation of artists who believe that art is neither a representation of the world nor of one's knowledge, but rather an extension of the real in all its possibilities.
After finishing the Fine Arts School of Lyons in 1997 he continued studies at the Rijksakademie of Amsterdam, and today exhibits regularly throughout Europe.
order wishlist
Texts by Manuel Olveira, Dieter Roelstraete; interview between Guillaume Leblon, Eva González-Sancho and Frédéric Oyharçabal. 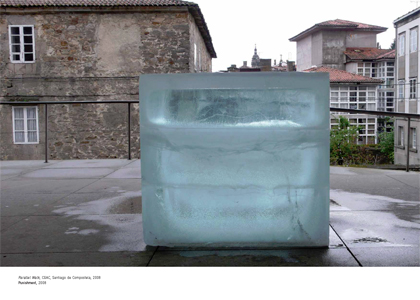 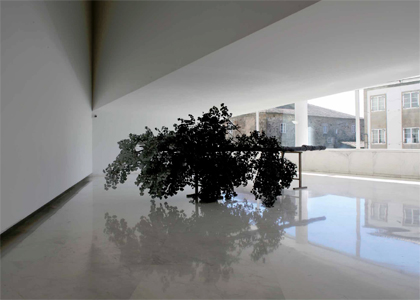 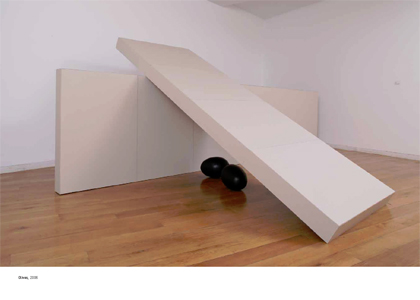 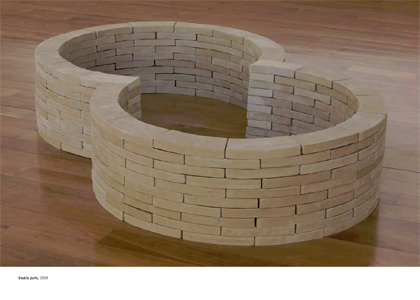 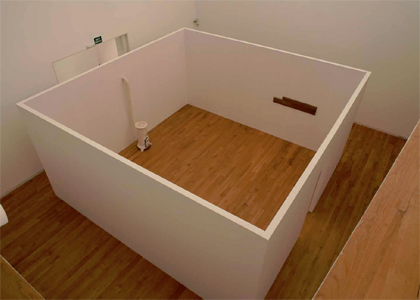 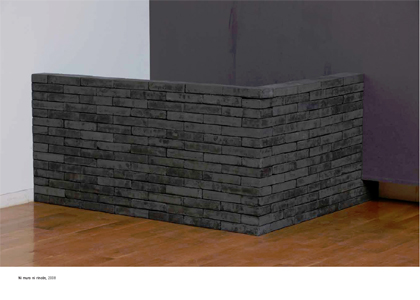 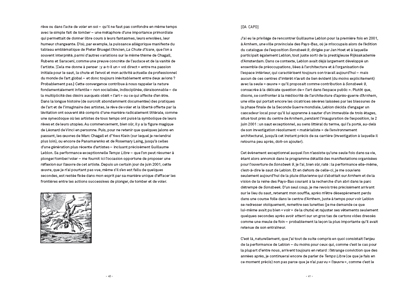