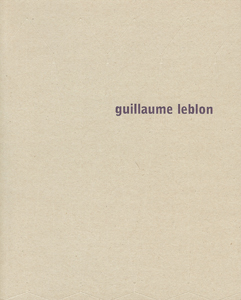 order
wishlist
Monograph conceived by the artist, documenting a series of exhibitions and Leblon's video works.
Guillaume Leblon is one those artists, writes Marianne Lanavère, who “once again prefer to make reference to pictorial abstraction picturale, modern architecture, American sculpture of the 1960, conceptual art, process art, structuralist film […] in order to develop approaches which, though formally removed, stem from one and the same conception : the work of art as indicator or clue, no matter how slight, capable, single-handed of conjuring up a whole bundle of references, a construction, a history, a world”.
In each one of his shows, Guillaume Leblon confronts works (sculpture, installa­tion, films, photographs) like so many clues for creating a situation which wavers between reality and fiction, without either being distinguishable.
Azimut, the exhibition's title, evokes a way of taking up a position in relation to the horizon : the artist chooses to create cohabitation between the different scales contributing to the viewer's immersion within a complex fabric of narrative links and vanishing lines.
This monograph, whose graphic design has been devised by the artist, subtly articulates views of the exhibition at the Frac Bourgogne with a selection of earlier pieces and projects. Marianne Lanavère's essay is a general introduction to the artist's work. Eva González-Sancho's essay dwells more specifically on his film work.
Guillaume Leblon (born 1971) makes films, installations and interior objects which transform the function and perception of space. He belongs to the generation of artists who believe that art is neither a representation of the world nor of one's knowledge, but rather an extension of the real in all its possibilities.
After finishing the Fine Arts School of Lyons in 1997 he continued studies at the Rijksakademie of Amsterdam, and today exhibits regularly throughout Europe.
order wishlist
Texts by Eva González-Sancho, Marianne Lanavère. 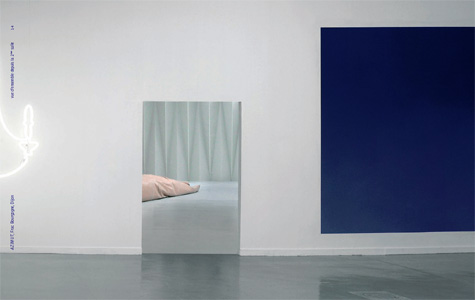 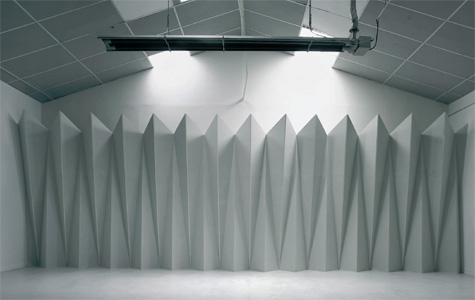 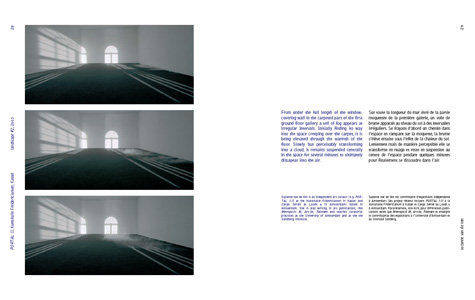 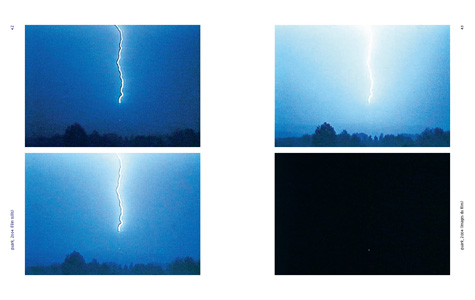 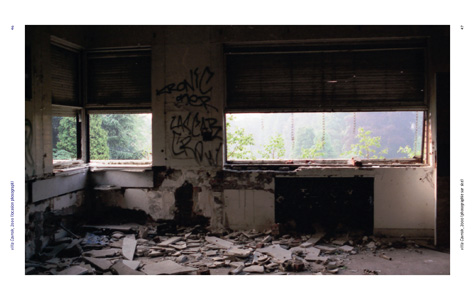 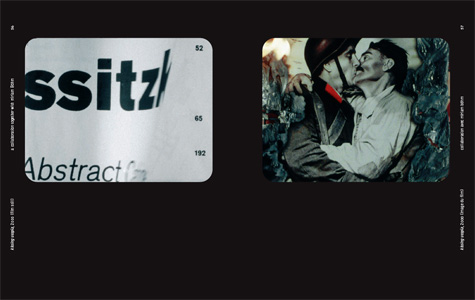 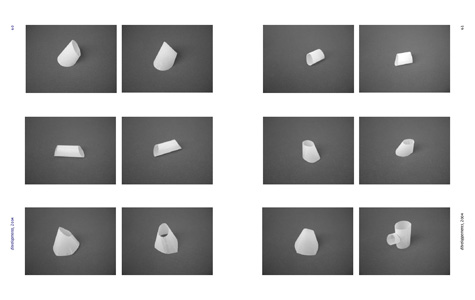