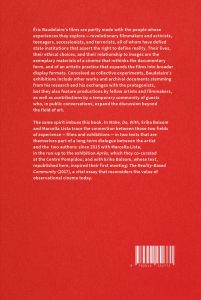 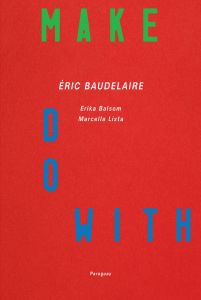 order
wishlist
A new monograph devoted to Éric Baudelaire's work and collaborative method, tracing the connection between his films and his curatorial projects.
Éric Baudelaire's films are partly made with the people whose experiences they explore—revolutionary filmmakers and activists, teenagers, secessionists, and terrorists, all of whom have defied state institutions that assert the right to define reality. Their lives, their ethical choices, and their relationship to images are the exemplary materials of a cinema that rethinks the documentary form, and of an artistic practice that expands the films into broader display formats. Conceived as collective experiments, Baudelaire's exhibitions include other works and archival documents stemming from his research and his exchanges with the protagonists, but they also feature productions by fellow artists and filmmakers, as well as contributions by a temporary community of guests who, in public conversations, expand the discussion beyond the field of art.
The same spirit imbues this book. In Make, Do, With, Erika Balsom and Marcella Lista trace the connection between those two fields of experience—films and exhibitions—in two texts that are themselves part of a long-term dialogue between the artist and the two authors: since 2015 with Marcella Lista, in the run‐up to the exhibition Après, which they co-curated at the Centre Pompidou; and with Erika Balsom, whose text, republished here, inspired their first meeting: The Reality-Based Community (2017), a vital essay that reconsiders the value of observational cinema today.
Erika Balsom is Reader in Film Studies at King's College London. She is the author of After Uniqueness: A History of Film and Video Art in Circulation (Columbia University Press, 2017) and TEN SKIES (Fireflies Press, 2021). Her criticism appears regularly in publications such as Artforum, Cinema Scope, and 4Columns. With Hila Peleg, she is the co-curator of the exhibition No Master Territories: Feminist Worldmaking and the Moving Image (HKW Berlin, 2022) and co-editor of the books Feminist Worldmaking and the Moving Image (2022) and Documentary Across Disciplines (2016), both published by MIT Press.

Marcella Lista is an art historian, and chief curator of the Video, Sound, and New Media collection at the Musée national d'art moderne—Centre George Pompidou. Previously, she was in charge of the contemporary art program at the Musée du Louvre, Paris. In 2017, she curated the exhibition Après with Éric Baudelaire at the Centre Pompidou, and has worked over the past few years with Bill Fontana, Saodat Ismailova, Hassan Khan, La Ribot, Jill Magid, Hito Steyerl, and Martha Wilson.
Working in photography, video, print making and installation, Éric Baudelaire (born 1973 in Salt-Lake City, USA, lives and works in Paris) is interested in the relationship between images and events, documents and narratives. Recalling factographic practices, his work can involve elaborate staged situations that appear to be real, but are somewhat off-kilter, and place the viewer in a situation of questioning the modes of production and consumption of images. He also uses simple techniques of assemblage, sampling and mechanical reproduction, applied to real documents, to playfully extract fictive narratives or new formal vocabularies.
order wishlist
Edited by Lucas Roussel.
Texts by Erika Balsom and Marcella Lista. 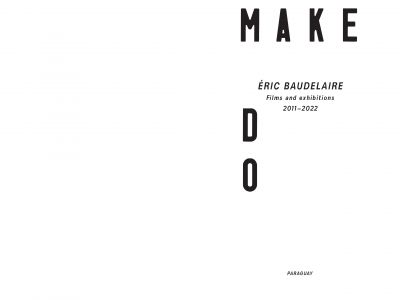 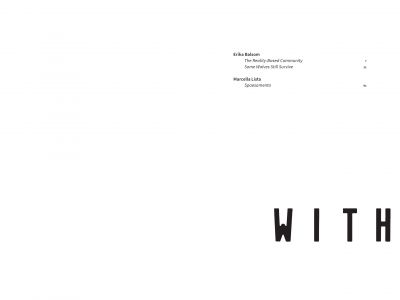 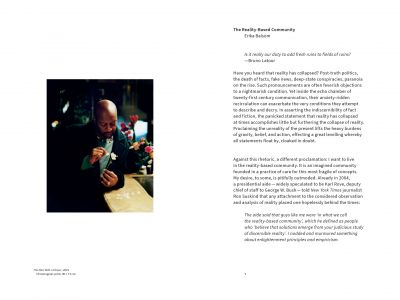 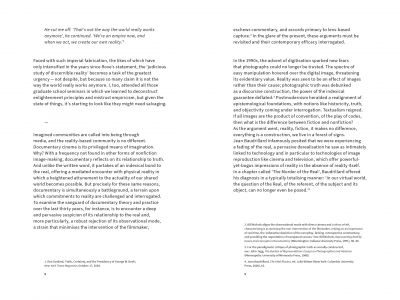 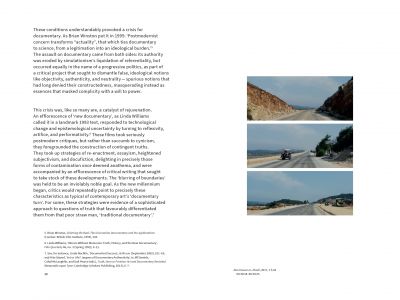 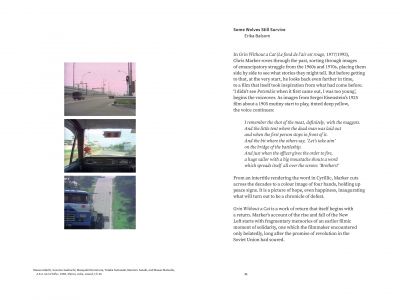 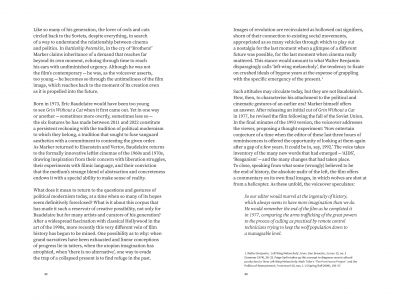 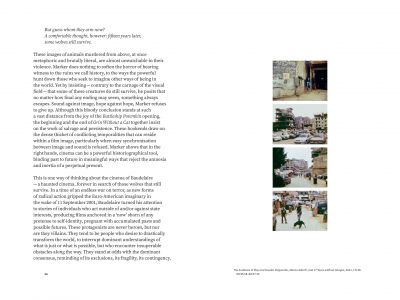 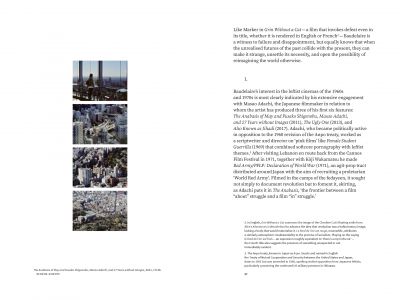 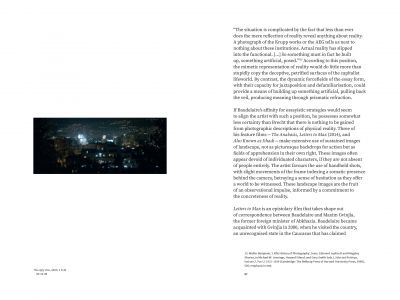 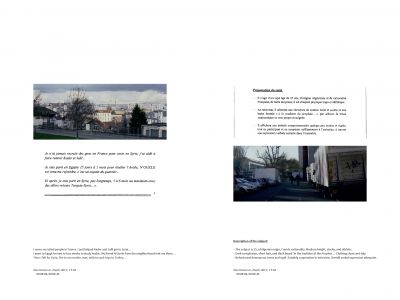 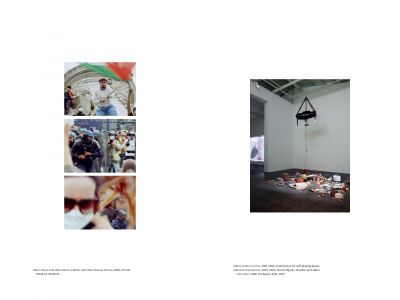 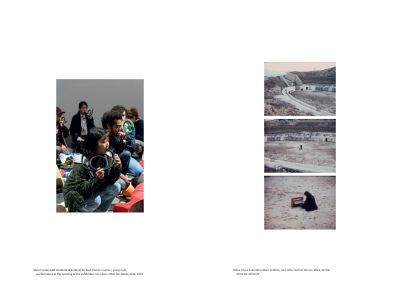 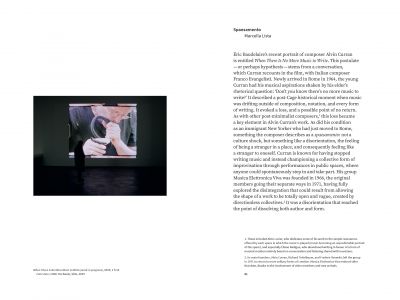 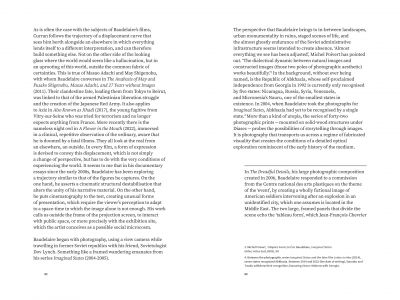 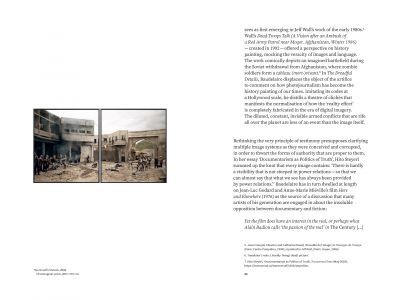 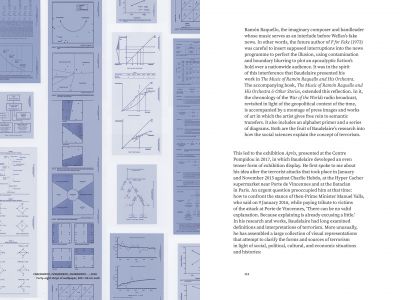 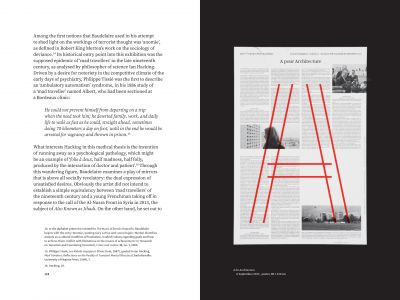 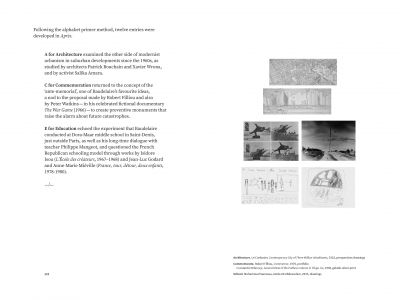 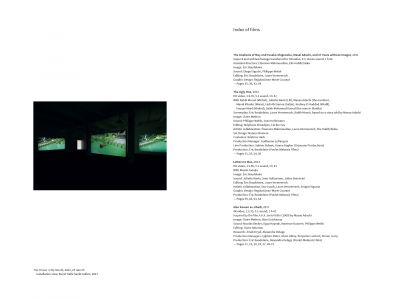