Detached from virtuoso authority, and accessible to all, the painting of Stephen Felton (born 1975 in Buffalo, lives and works in New York) expresses a certain composure, a calm disrespect for whatever might be thought of the painter's profession and his various schools. The artist Dan Walsh, whose assistant Felton once was, likes to describe his initial works as Peter Halleys painted by Philip Guston: a rigorous composition “loosened up” by a style suggestive of cartoons. Again, Felton's painting could be described as Martin Barré painted by Keith Haring: a pursuit of sobriety and fragments expressed by means of figuration libre. Yet we should not see this as some postmodern game in which references are ironically erased. Felton's (and indeed Walsh's) work displays a belief in the process of painting rather than its completion. As the critic Jill Gasparina has written, “Assembling colours in a certain order on the flat surface of a prepared canvas… is not a way to obtain an artefact fit to decorate an interior or occupy vacant space in an art centre, but a total activity that organises the whole of life.” Here painting is understood first of all as a banal activity, on the same level as those that mark the artist's everyday life, subject to the whims of his moods, of time, the people he meets and the things he reads. 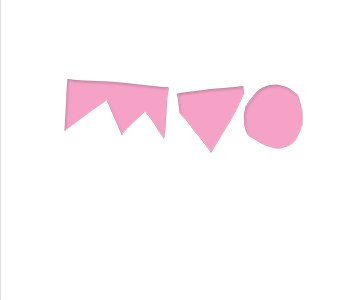 No Drama
2016
bilingual edition (English / French)
Confort Moderne
An introduction to the art of Stephen Felton, with an essay by Jill Gasparina, “On the uselessness of sophisticated discourse,” as a guiding thread to better understand a work relying on simplicity and narratives.