Dan Walsh, born in 1960 in Philadelphia, lives and works in New York City. Often highly atmospheric in terms of their shapes, colours or the way they are hung, Dan Walsh's geometrical compositions enable, to quote the artist himself, the creation of “an arena for a new approach to the image”. Underlying Walsh's arrangements of coloured paving stones, with the unsettling delicacy generated by their curves and rounded edges, is an approach largely founded on perception. 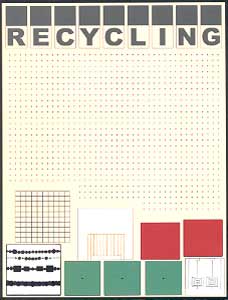 Recycling – Livres et estampes 1995-2002
2002
bilingual edition (English / French)
JRP|Editions - Monographs
sold out
Walsh has produced many artist's books and prints that function as an experimental field for his paintings. The first documentation on this body of work. 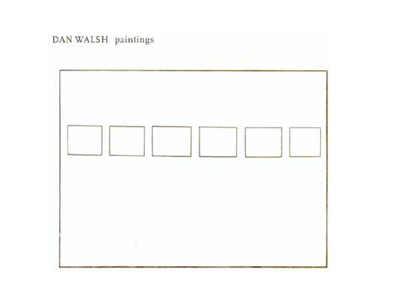 Paintings
2002
English edition
JRP|Editions - Artists' books & editions
sold out
Paintings is both an artist's book and a document on the work of the New York painter.