“‘Selten Gehörte Musik' [rarely heard music] developed from our ‘artists' workshops' in which an intimate circle of friends met together at loose intervals to talk, eat, drink and collaborate on artistic projects. the aim of the workshops was to create a fruitful intensity over a period of several days {and nights) which, without being restricted to any one field of the arts, fostered creative production of a totally pleasure-oriented kind. (…) During a subsequent visit of Dieter Roth to Berlin, the desire for a joint musical event was kindled (…) There followed an uninterrupted two-day session which spawned the record 3 Berliner Dichterworkshop [3rd Poetry Wworkshop, Berlin] (12./13. 7. 1973) / Roth, Rühm, Wiener, for which we invented the ‘brand name' Selten Gehoerte Musik. (…) In 1974 we decided it was no longer enough to produce our ‘rarely heard music' simply in order to document it on a record, we had to combine the recording with a public performance. (…) We accepted an invitation to perform in Munich in May 1974, this time with five of us: Günter Brus, Hermann Nitsch, Dieter Roth, Gerhard Rühm and Oswald Wiener.”
Gerhard Rühm, Some data on ‘Selten Gehörte Musik' 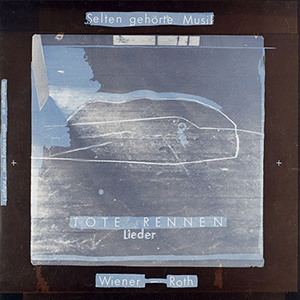 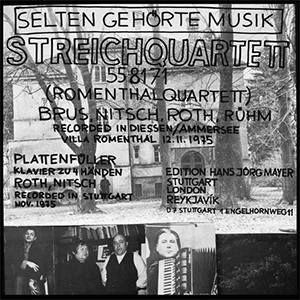 Streichquartett 558171 (Romenthalquartett) (2 CD)
2016
Tochnit Aleph
Part four in the Selten Gehörte Musik reissue series, with a recording by Günter Brus, Hermann Nitsch, Dieter Roth, and Gerhard Rühm originally published as a 3LP-Box by Hansjörg Mayer in 1975. Apart from the group session this edition also includes a duo piano session by Dieter Roth and Hermann Nitsch recorded in Stuttgart in November 1975. 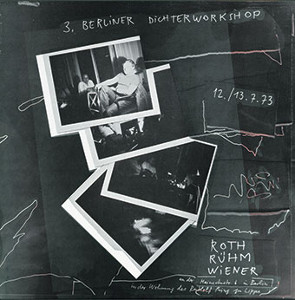 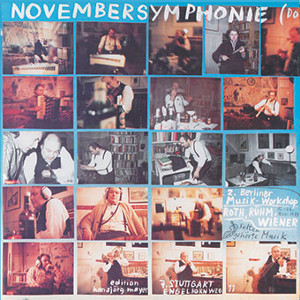 Novembersymphonie (Doppelsymphonie) (2 CD)
2015
Tochnit Aleph
Second part in the reissue series of all Selten Gehörte Musik records. This is the reissue of the Double-LP from 1974. Recordings of the second Berliner Musicworkshop with Dieter Roth, Gerhard Rühm, and Oswald Wiener, Berlin 15th - 26th November 1973. Also included are the two bonus pieces from the 7'' single which came only with the first 100 copies of the original edition. 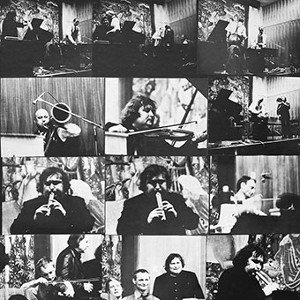 Das Münchner Konzert 1974 (2 CD)
2015
Tochnit Aleph
Third part in the reissue series of all the legendary Selten Gehörte Musik records from the 70's. Originally published as a 3LP-Box by Hansjörg Mayer in 1975, the Münchner Konzert 1974 is performed by all-star artist line-up of Dieter Roth, Gerhard Rühm, Oswald Wiener, Hermann Nitsch and Günter Brus.