Nam June Paik (1932-2006) was a Korean artist and composer. After writing a thesis on Arnold Schönberg and attending the Summer Courses in Darmstadt, he moved to Cologne and worked at the WDR Studio for Electronic Music. In 1961, he met George Maciunas and took part in many Fluxus concerts. Known for his video experiments, he moved to New York in the mid-1960s and began a long collaboration with Charlotte Moorman. In 1970 he began teaching at California Institute of the Arts in Los Angeles and in 1979 at Kunstakademie, Düsseldorf. 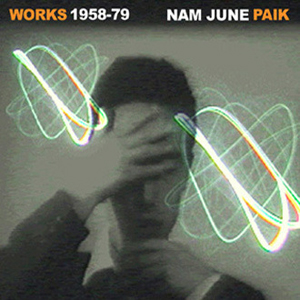