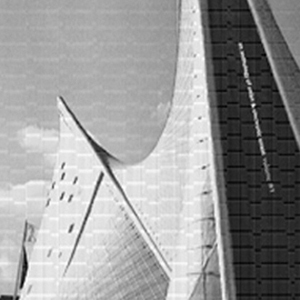 order
The first volume of the experimental and electronic music anthology (1921-2001), with some major works (Pierre Schaeffer, Iannis Xenakis, Edgard Varèse, Henri Pousseur, Konrad Boehmer, Luigi Russolo), a few rarities (John Cage, Nam June Paik, Gordon Mumma, Walter Ruttmann) and plenty of previously unreleased material (Sonic Youth, Einstürzende Neubauten, DJ Spooky, Ryoji Ikeda, Pauline Oliveros, Angus MacLise, Philip Jeck, Survival Research Laboratories...).
This is the great beginning of a vast anthology of “noise and electronic music” that is planned in 7 double volumes. This volume begins in the 1920s, with the Russolo brothers, and looks at each decade in turn—Varèse, Cage, Schaeffer, Xenakis, the great pioneers—the first traces of a music that was necessarily revolutionary: electronic music, created from nothing (and hence to be entirely invented). Some pieces on these CDs are certainly classics, but there are others, which, though old, were distributed informally or never even released. The more contemporary pieces are, wherever possible, previously unreleased. In fact, more than the half of what we listen here is unreleased and unpublished.
Whereas composers like Stockhausen, Berio or Pousseur had come from serialism and began making electronic music as a continuation of their work with traditional instruments, others such as Boehmer or Oliveros composed right away on electronic bases; there were those who invented new methods, like Schaeffer and concrete music, others were outsiders, revolutionaries or visionaries like Xenakis or Cage, without forgetting the branch of sound derived from dada, the complex forms of free jazz, John Coltrane, the acoustic and electronic improvisation scene, rock of the alternative, psychedelic and industrial varieties, the German wave of the 1970s, the last generation of electronic musicians from the beginning or middle of the 1990s, DJ, reinventors of drones, painters or sculptors using sound, and process or software creators. The noise goes on...
order
Edited by Guy Marc Hinant.
Texts by Guy Marc Hinant.
published in 2002
2CD digipack + 52 pages booklet
17.00 €
in stock
table of contents