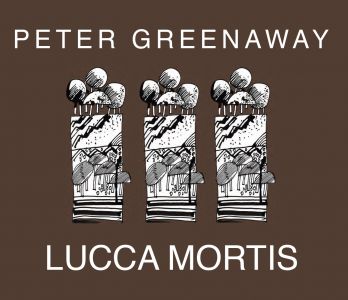 commander
liste de souhaits
Le scénario du nouveau film très attendu de Peter Greenaway en 2022.
This is the story of an intelligent man whose last big adventure is very likely to be Death, but death through what we may call "natural causes" if any cause can be described as natural.
He wants to make his death elegant and sensible, fearless and forthright.
He wants to make his life related to its beginning which he believes started not where he lives now which is New York, modern city of priapic towers and hubristic skyscrapers but where it began with his grandmother in Lucca in Italy, once a mediaeval town of priapic towers and hubristic phallic skyscrapers. He is elderly, and just past the generally acceptable date of three score years and ten mentioned in the Bible that suggests he is living on borrowed time, beyond his sell-by date, in a world of seven billion persons which is far too many.
The carnal pleasures, though still alive in his mind are no longer so obsessively demanding with his body. His fascination for sex has given way to a preoccupation with death. But not death of a macabre kind, he is far too civilized, and far too grateful for the life he has lived for his interests in death to be sensational.
He will undoubtedly leave his wife and daughter bereaved but he aims to anticipate and lessen their grief by making sensible plans.
To make his life somewhat tidy and symmetrical he seeks to find his father's mother's beginnings, to seek out his paternal grandmother's origins.
He takes a sabbatical from his life as a free-lance jobbing writer, an extended holiday in semi-retirement from which he is doubtful, if all goes well, he will return.
To give this holiday a focus and a purpose he promises himself he will finish a long cherished ambition of writing one hundred stories about pride and ambition and hubris, built around a content which is both characteristic of modern New York and mediaeval Lucca – the building of towers, aspirational certainly, perhaps laudable, but surely a metaphorical activity that is hubristic, challenging gravity but also trying to penetrate the sky to reach God.
After all his name is Jacob and we know that Jacob wrestled with the angels.
This is a story perhaps of a man who wrestles with his angels.
Peter Greenaway (né en 1942, Newport, Pays de Galles, vit et travaille à Amsterdam) est un cinéaste et plasticien gallois, dont les expositions et installations ont pu être vues au Palazzo Fortuny, Venise, à la Galerie Joan Miro, Barcelone, le Boijmans van Beuningen, Rotterdam ainsi qu'au Louvre. Réalisateur de 12 films et près de 50 courts métrages et documentaires, il est régulièrement nominé aux festivals de Cannes, Venise et Berlin. Il a collaboré avec les compositeurs Michael Nyman, Glen Branca, Wim Mertens, Jean-Baptiste Barriere, Philip Glass, Louis Andriessen, Borut Krzisnik et David Lang. Parmi ses œuvres majeures, Meurtre dans un jardin anglais, Le Cuisinier, le voleur, sa femme et son amant, The Pillow Book, The Tulse Luper Suitcases...
commander liste de souhaits
paru en janvier 2022
édition anglaise
21,5 x 18,5 cm (broché)
136 pages
25.00 €
ISBN : 978-2-38162-004-6
EAN : 9782381620046
en stock