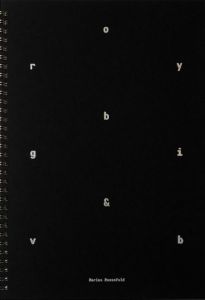 order
wishlist
roygbiv&b is Marina Rosenfeld's first book publication, documenting her performance of the same name, and includes gate-fold renderings of the score pages, a "User's Manual" by the artist, photos from the several performances of the work, and a foreword by musicologist Benjamin Piekut. The performance was Rosenfeld's contribution to the exhibition Instructions Lab at the Museum of Modern Art (NY) in 2011.
A punning riff on spectral composition, the score from the work hinges on the misapprehension of the letters "r-o-y-g-b-" as song lyrics ( "are you that somebody…" "oh, oh, oh…" "why should my heart…" "just be…"). A choir is instructed to recall and re-perform in dense clusters of call-and-response, song fragments prompted by the familiar letters of the spectrum, which in the work's premiere, were collected and projected vertically into the architectural volume of MoMA's atrium in the implied form of a rainbow.
"The scores reproduced in this publication distill the playful translation of data across optical, auditory, and linguistic registers. As notations, they transcribe the MoMA performance, but they also enact a more general demonstration of human experience as transcription: light to color, letter, sound, word, lyric, and eventually music." —Benjamin Piekut
First edition of 200 copies.
Marina Rosenfeld is a composer and artist based in Brooklyn, NY. Her works explore acoustic architectures and experimental forms of participation and sociality in sound installation and performance.
In 1993 she mounted her first all-woman Sheer frost orchestra as a studentat CalArts in Los Angeles. Subsequent works in the 90s and aughts explored the staging of sound in complex sites, with attention to perception and the (female) body. In the late nineties she also began to create dub plates, developing an improvisational practice as a turntablist with a distinctive palette of sounds drawn from her studio practice. From 2008, with Teenage Lontano, she turned her attention increasingly to the diffusion of the voice within complex systems, with works for choir and the notable collaboration P.A./HARD LOVE with Annette Henry, aka Warrior Queen. Her music has continued to experiment in the areas of performance and notation, staging and concept, and in recent works, image and object.
Rosenfeld has collaborated with a core group of artists and interpreters, especially Okkyung Lee, Marino Formenti, George Lewis, Christian Marclay, Greg Fox, Eli Keszler, and Ben Vida. Between 2004 and 2008, she performed frequently with the Merce Cunningham Dance Company, and in recent years, created scores for choreographers Ralph Lemon (Scaffold Room, 2014-2015) and Maria Hassabi (PLASTIC, 2016, STAGED?, 2017, and STAGING, 2017-2018).
Rosenfeld's work has been presented by the Park Avenue Armory, the Museum of Modern Art, the Kitchen, the Whitney and Guggenheim museums, the Fondacion Serralves, Western Australia's Midlands Railway Workshops, and festivals and institutions throughout Europe, the US, Canada and Australia. She has mounted solo exhibitionsat Portikus Frankfurt, the Artist's Institute and, upcoming in 2021, at Kunsthaus Baselland in Basel, Switzerland. Her work has been included in two Whitney biennials, two PERFORMA biennials, the Montreal Biennial, Liverpool Biennial,  and international surveys such "Every Time A Ear Di Soun" ( for Documenta14), and Tasmania's "Dark Mofo" in 2019. In the contemporary music field, she has created works for the Holland, Borealis, Wien Modern, Time:Spans, Maerz Musik, Vancouver, Pro Musica Nova, Donaueschingen, Musica Strasbourg and Ultima festivals, among many others.
Rosenfeld has been the co-chair of the MFA in Music/Sound at Bard College since 2007, and has been a visiting professor in sound, sculpture and performance at Cooper Union, Harvard, Yale School of Art, and Brooklyn College.
order wishlist
Préface de Benjamin Piekut.
published in September 2022
English edition
20 x 29 cm (foil-stamped cover, spiral bound)
30 pages
30.00 €
ISBN : 978-1-644677-59-9
EAN : 9781644677599
in stock 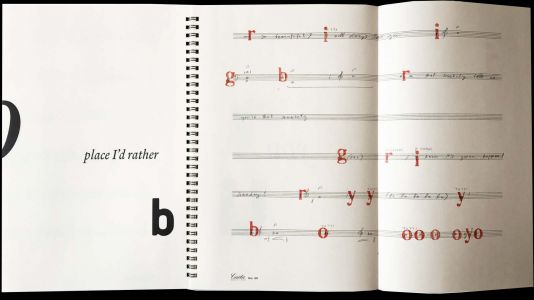 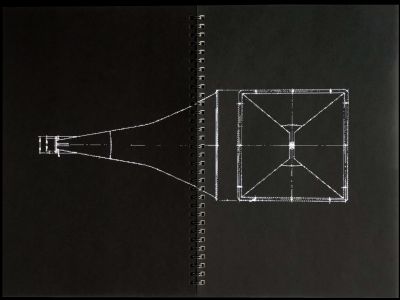 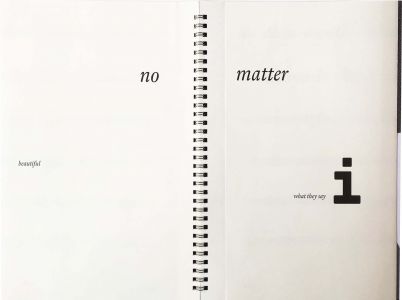