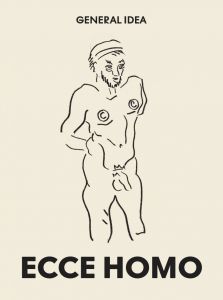 order
wishlist
The General Idea drawings.
Focusing on one specific and lesser-known aspect of the manifold practice of General Idea, the Canadian collective founded in Toronto in 1969 by Felix Partz, Jorge Zontal—both deceased in 1994—and AA Bronson, this volume highlights their drawing practice. It offers a generous insight into 125 carefully selected drawings realized between 1985 and 1993—the period the collective spent in New York—spanning the diversity and innovation of their singular approach to drawing and art. The publication's design is inspired by George Grosz's legendary Ecce Homo album (1922–1923) because, according to AA Bronson, "the Anti-Semitism in Grosz's narrative is mirrored by the homophobia in ours."
Investigating motifs in the group's multimedia works such as poodles, stiletto heels, masks, heraldry, and metamorphosed genitalia, these drawings were primarily produced by Jorge Zontal during group meetings. However, given General Idea's mandate for co-authorship, as well as the circumstances under which they were executed, the drawings are considered to be collaborative. Although they are done entirely by hand, the repetition of specific motifs follows a viral logic that is akin to General Idea's own penchant for mass reproduction. Seen together, these drawings are a fascinating window into General Idea's distinct artistic vision as well as their unique notions of collaboration and co-authorship. As Claire Gilman states in her introduction: "The drawings are on the one hand dizzyingly full—this is particularly true of the later drawings where cockroaches spawn and multiply amid dots and splatters of color—and, on the other, hauntingly vacant consisting of mere stains or barely-there outlines, even within a single series. Lest we get too caught up in any one particular rendition, another follows, giving the lie to its predecessor. In their mutability and insistent flow, they are an intimate manifestation of the theatrical nature of existence, exposing representation's inadequacy while acknowledging its urgency."
Edited and introduced by Lionel Bovier and Claire Gilman, co-curators of the exhibition Ecce Homo. The Drawings of General Idea, 1985–1993 held in 2022–2023 at MAMCO Geneva and The Drawing Center, New York, the book also features a conversation with AA Bronson and an index of the drawings.
Founded in Toronto in 1969 by Felix Partz, Jorge Zontal—both dead in 1994—and AA Bronson, the collective General Idea adopted a generic identity that "freed it from the tyranny of individual genius." Their complex intermingling of reality and fiction took the form of a transgressive and often parodic take on art and society. Treating the image as a virus infiltrating every aspect of the real world, General Idea set out to colonize it, modify its content and so come up with an alternative version of reality.
Paintings, installations, sculptures, photographs, videos, magazines, and TV programs: General Idea's is an authentically multimedia oeuvre, that has lost nothing of its freshness and can now be seen as anticipating certain aspects of a current art scene undergoing radical transformation. 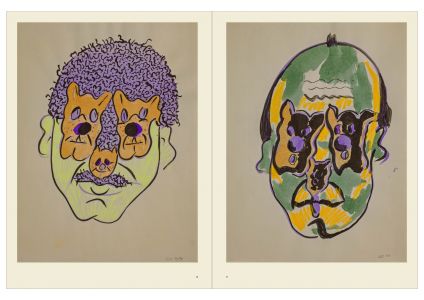 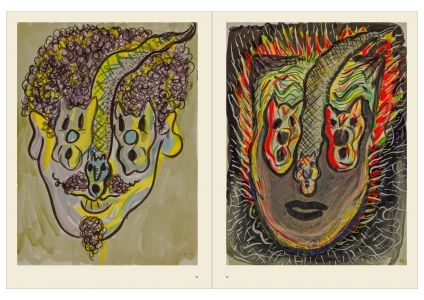 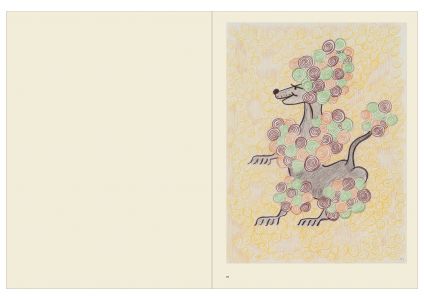 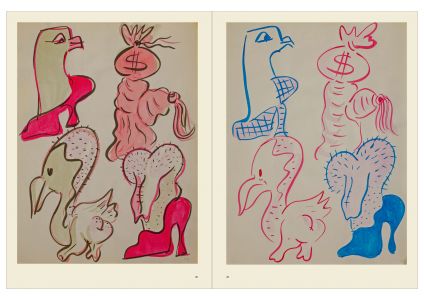 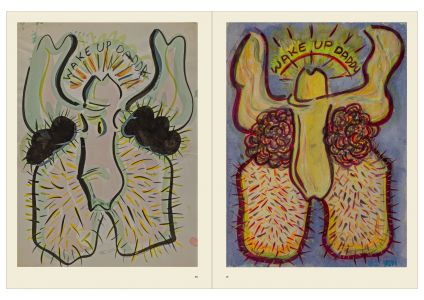 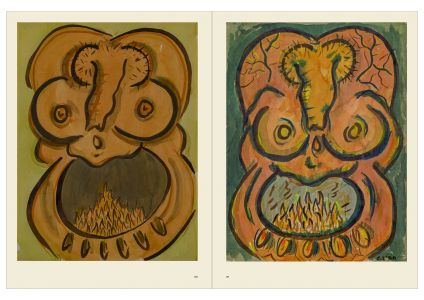 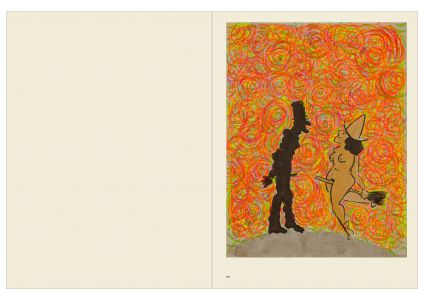 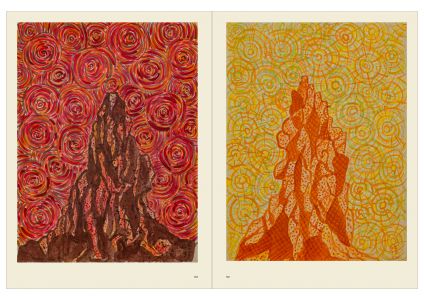