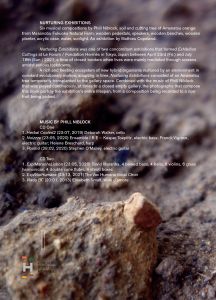 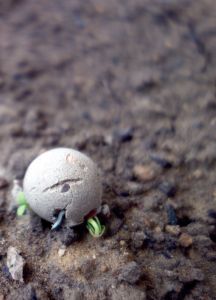 pre-order
wishlist
An exhibitions book including 2 CDs with new pieces by Phill Niblock performed By Stephen O'Malley, Deborah Walker, Kasper Toeplitz, Franck Vigroux, David Maranha and many others.
Six musical compositions by Phill Niblock, soil and cutting tree of Amanatsu orange from Masanobu Fukuoka Natural Farm, wooden pedestals, speakers, wooden benches, wooden planter, acrylic case, water, sunlight. An exhibition by Mathieu Copeland.
Nurturing Exhibitions was one of two concomitant exhibitions that formed Exhibition Cuttings at Le Forum / Fondation Hermès in Tokyo, Japan between April 23rd and July 18th 2021, a time of closed borders when lives were mainly mediated through screens amidst various lockdowns.
A rich and fleeting ecosystem of new hybrid organisms nurtured by an environment in constant evolutionary motion, adapting in time, Nurturing Exhibitions consisted of an Amanatsu tree temporarily transplanted to the gallery space. Combined with the music of Phill Niblock that was played continuously, at times to a closed empty gallery, the photographs that compose this book portray the exhibition's entire lifespan, from a composition being recorded to a ripe fruit being picked.
Limited edition of 200 copies.
One of the most important multimedia artists of his generation, American minimalist composer, filmmaker and video artist Phill Niblock (born in 1933 in Anderson, Indiana, lives and works in New York) has produced a multidisciplinary work. His “Intermedia Art” features a combination of minimalist music, conceptual art, structural cinema, systematic or even political art, and has actively contributed to transform our perception and experience of time.
Admittedly one of the greatest experimental composers of our time, Phill Niblock initiated his career as a photographer and film director. A jazz passionate, he moved to New York in 1958 where he started photography In the mid-1960s, specializing in portraits of jazz musicians (Duke Ellington, Charles Mingus, Billy Strayhorn...). In the middle of the 1960s, he made his first films for the dancers and choreographers of the Judson Church Theater. From 1968 on, Phill Niblock focused on music and composed his first pieces, which, according to the artist, should be listened to at loud volume in order to explore their overtones. He pursued his film projects independently with The Movement of People Working, a series of films lasting over 25 hours, made between 1973 and 1991, in which the repetitive nature of work movements acts as a direct echo to his musical compositions.
Since the mid-1960s, his analogue photographic work explores New York's architecture and urban planning. The sequencing and layout of his images offer a mapping of the location and object photographed, such as the areas in South Bronx (1979) fallen into disuse or the facades of SoHo Broadway district (1988). Phill Niblock is particularly interested in the screening of moving images – films and slideshows. Produced between 1966 and 1969, Six Films, a series of short films with sound realized with 16mm film, heralds his experimental method through portraits of artists and musicians such as Sun Ra and Max Neuhaus.
In 1968, the artist started experimenting a combination of his visual productions with his musical scores in order to create sound architectural and environmental compositions. Recreated by the artist for the first time since its last presentation in 1972 for the purpose of this exhibition, the Environments series extracts the reality of different surroundings through images, all the while generating a dense and intense temporary environment of projected images, music and movements throughout the museum space.
Phill Niblock is the director of Experimental Intermedia, a foundation born in the flames of 1968's barricade-hopping.
pre-order wishlist
2023 (publication expected by 1st quarter)
English edition
48 pages (ill.)
49.00 €
forthcoming 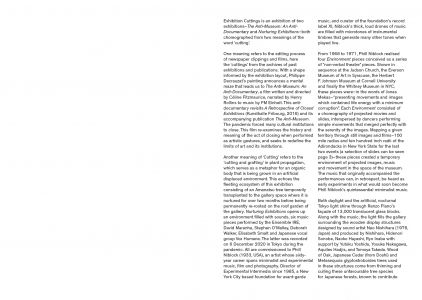 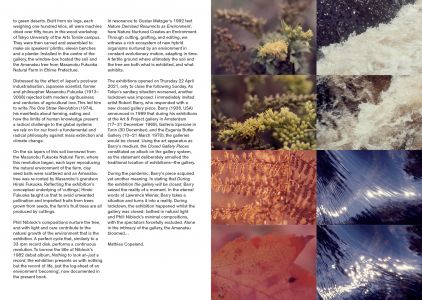 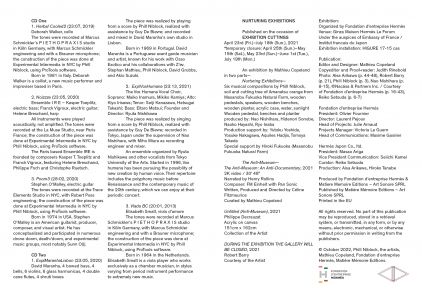 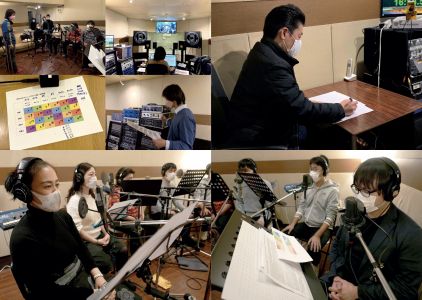 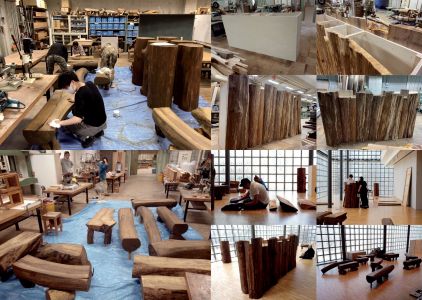 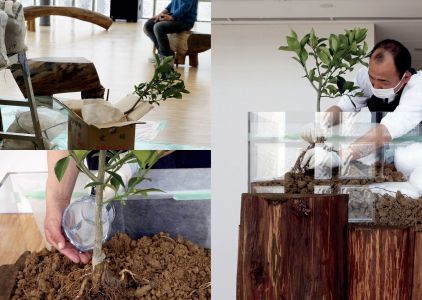 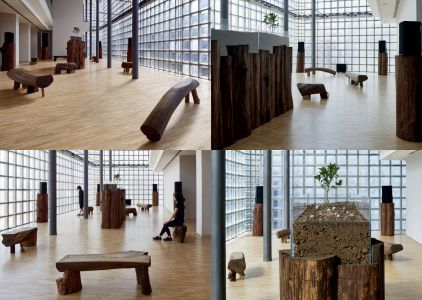 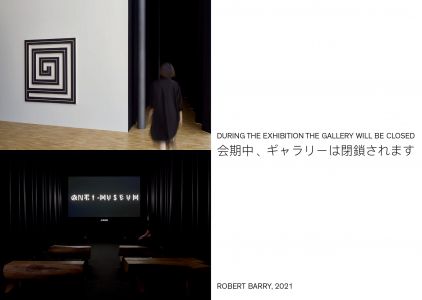 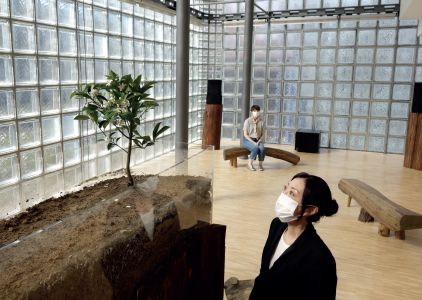 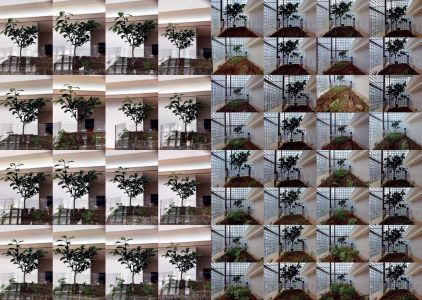 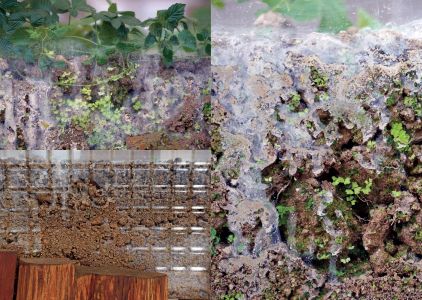 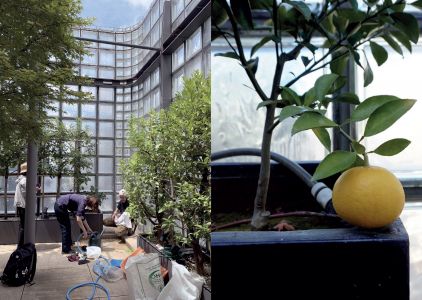