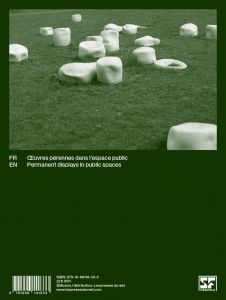 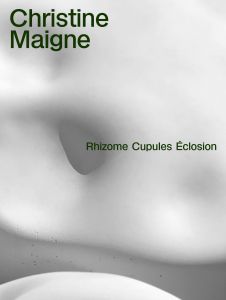 order
wishlist
First monograph, presenting four perennial works created by Christine Maigne as part of public and private commissions and which are organically articulated to the ground.
Christine Maigne tackles surfaces and spaces as environments where rudimentary forms can develop, leaving their true nature and what they might become as unknowns. Her works can be organised in taxonomic families in stages of becoming appearing as holes, bumps, dots and pilosities. They appear at different scales, as intimate drawings or small volumes manufactured in the studio, to installations spreading over a whole room, garden or neighbourhood. This catalogue shows Christine Maigne's outside perennial works, which all relate to the topic of growth. The four works presented here were created with artisans for public and private commissions. They emerge from the ground and inscribe themselves in a common reality with the given topology, function of the space and social environment. The residents or passerbys of these different areas cohabitate with the installations.
– Le Rhizome occupies virtually the whole of the Bihorel neighbourhood, close to Rouen, with incidental growths that inscribe themselves in varying environments from urban to vegetal.
– The Cupules attune to the water held in the retention basin located in a college in Essonne. The rainwater held in the artworks draw small mirrors on their surface that progressively evaporate, creating a constantly changing artwork.
– Éclosion creates a surge of great bursts of grass topped by white growths and was the object of an articulated terrain modeling spreading in the garden and playground of a school in Normandy.
– Le Champ d'expériences (Field of explorations) is a diversified and organic exploration of concrete done in collaboration with Compagnons du Devoir composed of ten architectural structures displayed in a garden in Angers.
Christine Maigne comes from the French region of Auvergne, which she has always explored through her interest in its living soil and what buds from it. Alongside her perennial public artworks presented in this publication, Christine also creates installations, volumes, drawings, photos and videos, all inspired by natural phenomena.
It was the snowy ground of Montreal's town centre that saw her first large in situ outdoor project (The vegetable garden, Galerie Vox, 1999). Her year-long stay in Canada (with a 6-month artist residency in the Topo centre) instigated other installation projects and some personal exhibitions in art centres in Montreal: Lessons in gardening (Articule, 2000) and Eruption (Dare Dare, 2001). Her indoor installations usually take on the shape of immersive experiences exemplified in her work Implants (exhibition and residency at l'H du Siège, Valenciennes, 2005) and Rémanence which was created for the Caen Artotheque in 2010 and later presented at Plateforme-Paris in 2015.
In 2009 she moved to New York and established herself in a studio in Queens. This year-long sojourn inspired her to make a series of graphic works on whiteness. Since then she has maintained a regular practice creating works mixing 2D and 3D in her Villejuif studio near Paris. These volumes have been presented in various solo exhibits (In vitro, Galerie NextLevel, Paris, 2014), orders (Raies, hall of residence for young workers of Orly, 2016) and group exhibitions (Boites noires, Lyon Planetarium, 2015; Prime Matter, Teckningsmuseet-The Museum of Drawings, Laholm, Sweden, 2015; Akroma, Latvian National Museum, Riga, Latvia, 2018; Laniakea, La Ruche-Seydoux Foundation, Paris, 2021).
Her video installation White Pulse on a carpet of white salt was presented at Minus20degree-Landscape for contemporary art and architecture (Flashau, Austria, 2016), at the NextLevel gallery (Paris, 2016), and later in the Videoformes festival (Clermont-Ferrand, 2017) where Turbulences Vidéo magazine dedicated a 26-page portrait dossier to the artist. In 2020 this same publication issued her Journal of an Exhibition in Self Isolation regarding Prima il Punto (AOC F58- galleria Bruno Lisi, Rome). After 6 months of confinement this exhibition opened and got more coverage in the press including Erika Camerata's text in Chiasmo (Christine Maigne e l'estetica dell'organicità nativa) as well as the interview by Camilla Boemio on the Californian website TheDreamingMachine.
Christine Maigne is an alumni of Art and Design at the École Normale Supérieure de Paris-Saclay (ex-Cachan). She teaches visual arts at Ensaama-Olivier de Serres, a design school in Paris.
order wishlist
Introduction by Paul Ardenne.
Texts by Christine Maigne. 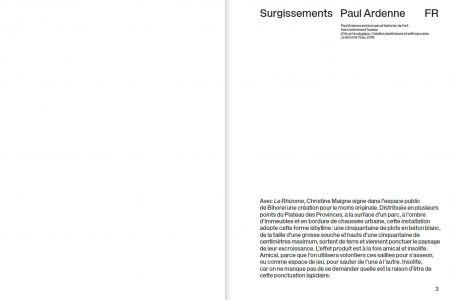 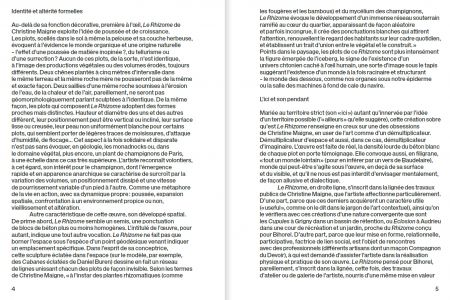 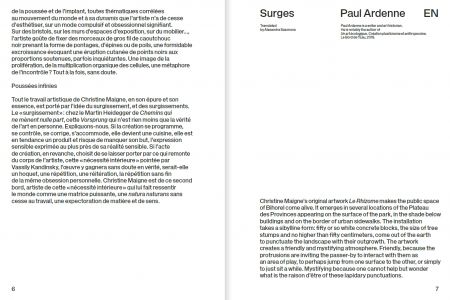 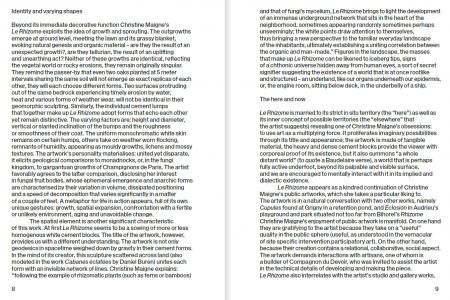 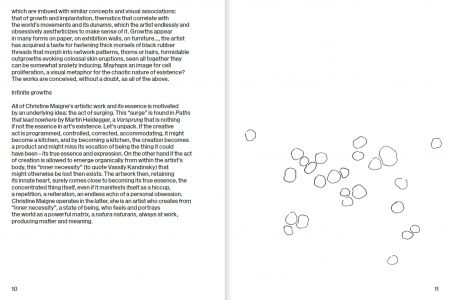 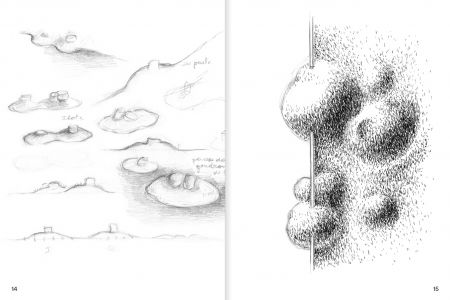 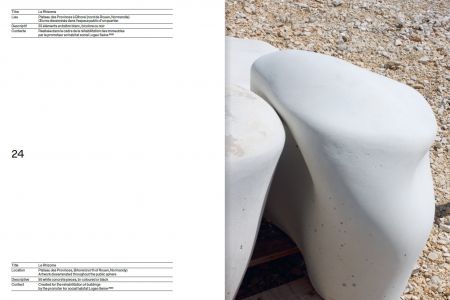 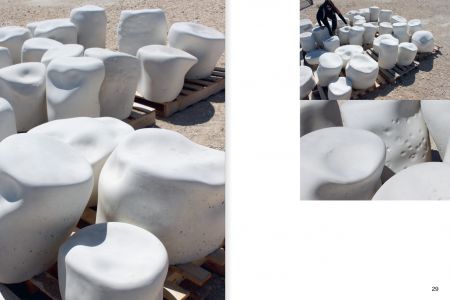 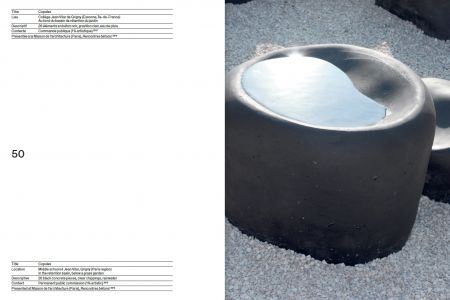 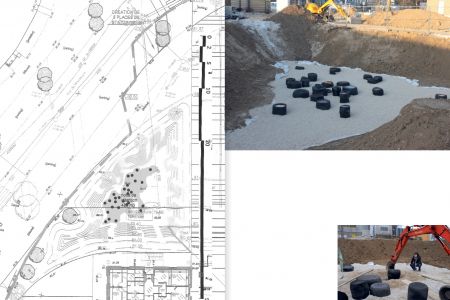 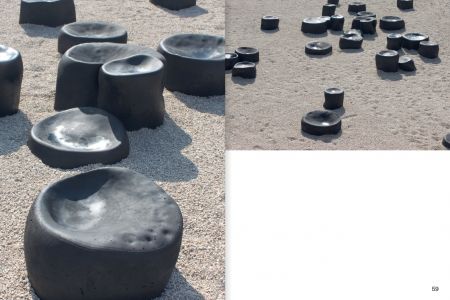 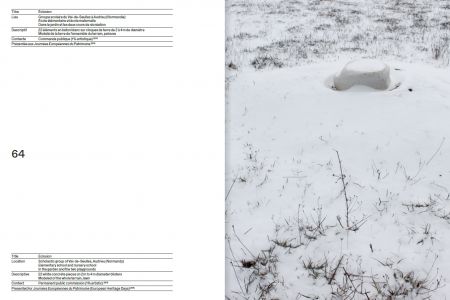 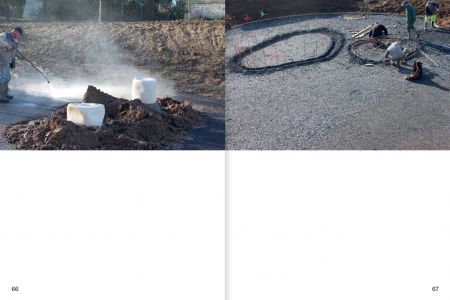 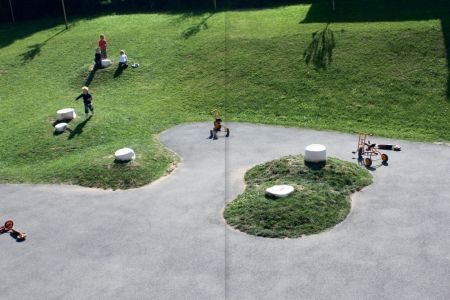 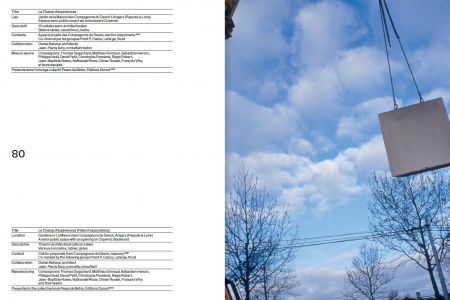 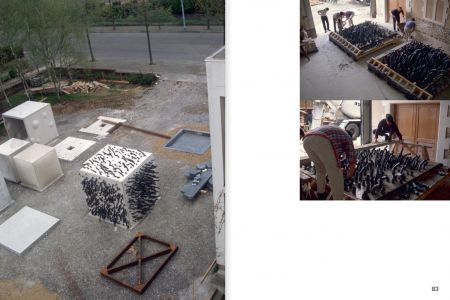 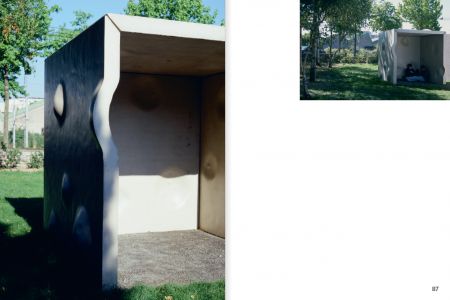 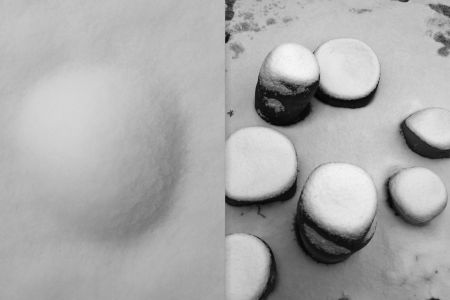 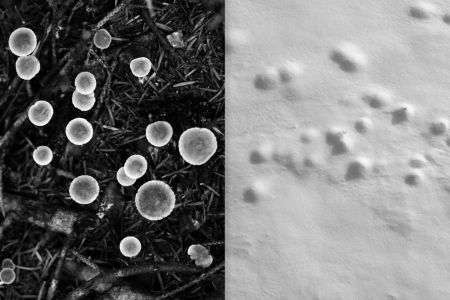