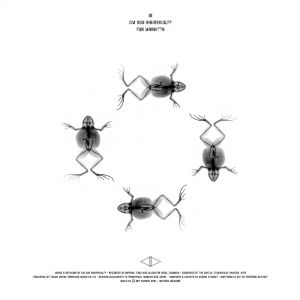 order
wishlist
This record is part of the MMXX Series. In anticipation of the year 2020, Matière Mémoire asked 20 experimental/electronic artists to create an original 20 minutes piece and an artwork. Each record is limited to 500 copies and comes as a crystal clear vinyl featuring an original track of 20 minutes on one side, and a laser engraved artwork on the other. Each 12" is housed in a transparent sleeve printed with the MMXX logo, coming with a print of the artist artwork.

Since the late 1970s, composer, visual artist and curator Carl Michael von Hausswolff (born 1956 in Linköping, Sweden, lives and works in Stockholm) has worked as a composer using the tape recorder as his main instrument. He has collaborated with numerous other artists such as Erik Pauser, Leif Elggren, Andrew McKenzie, Zbigniew Karkowski, Graham Lewis, David Jackman and Kim Cascone. His works have been presented at biennials in Istanbul and Johannesburg and also at Manifesta 1 in Rotterdam (1996), Documenta X in Kassel (1997) and the Venice Biennials in 2001 and 2003. In 2004, he participated in the Liverpool Biennial.
order wishlist
published in April 2020
clear vinyl with etched B-side
25.00 €
in stock