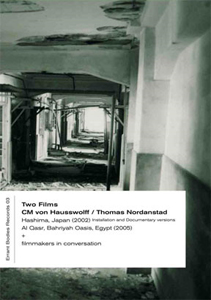 order
wishlist
Two films straddling the line between documentary and audio-visual meditations on landscape.
Straddling the line between documentary and audio-visual meditations on landscape, the Hausswolff/Nordanstad filmic partnership taps both the detritus of human civilization and its uncanny ability to withstand the forces of nature. In “Hashima, Japan 2002” we are given a portrait of the Battleship Island off the coast of Nagasaki, a former mining island established by Mitsubishi and abandoned in the early 1970s. Through a series of captivating still shots, overlaid with a deep sonics of drones and small tonalities, the film captures the island and its haunting history as told through the slow decay of buildings. In contrast, “Al Qasr 2005” leads us to an oasis in Egypt, full of mystery and surprising beauty. Punctuated with found recordings of local songs, the film follows the slow ambience of the desert, the flowing of natural springs, and the steady movements of a landscape seemingly outside of time.
Including the films “Hashima, Japan 2002” (installation and documentary versions) and “Al Qasr, Bahriyah Oasis, Egypt 2005”+ “filmmakers in conversation”.
Since the late 1970s, composer, visual artist and curator Carl Michael von Hausswolff (born 1956 in Linköping, Sweden, lives and works in Stockholm) has worked as a composer using the tape recorder as his main instrument. He has collaborated with numerous other artists such as Erik Pauser, Leif Elggren, Andrew McKenzie, Zbigniew Karkowski, Graham Lewis, David Jackman and Kim Cascone. His works have been presented at biennials in Istanbul and Johannesburg and also at Manifesta 1 in Rotterdam (1996), Documenta X in Kassel (1997) and the Venice Biennials in 2001 and 2003. In 2004, he participated in the Liverpool Biennial.
Filmmaker Thomas Nordanstad (lives in Stockholm and Bangkok) have directed features, documentaries and short films since 1999. His films include "Painting Pol Pot" (2000), "Anastasia in Love" (2004), "Snow White and the Ambassador" and the feature "Going Astray" (2006-7). His films have been selected for festivals such as IDFA, Amsterdam, Raindance, Docurama, Documenta, and have been aired on TV in several countries.
order wishlist
published in 2006
90'
16.00 €
in stock
(last copies available!) 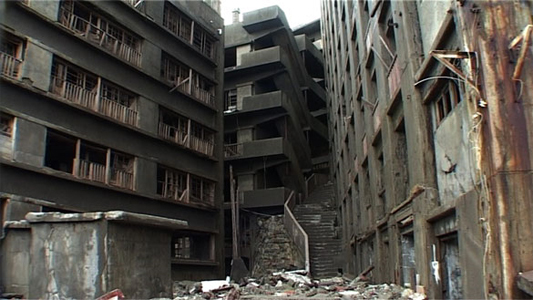