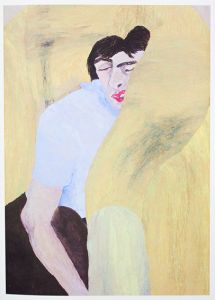 order
Retrospective monograph documenting the exceptional yet little-known journey of Cathy Josefowitz (1956-2014), painter, designer, dancer and musician.
“Josefowitz used painting to give body to those with more unsung existences, turning them into new heroes. The representation of these other bodies—female, non-human and black—allowed her to treat the essential themes that run throughout her work: marginality, power play, and the violence that goes with it. She also took pains, in the footsteps of an artist like Francis Bacon, to present bodies that are sick, deformed, giving birth or eating.”—Rebecca Lamarche-Vadel

The richly illustrated volume offers the occasion to discover a singular yet little-known body of work on the borders of the art world. The practice of the late American-born, Swiss-based artist Cathy Josefowitz (1956–2014), constructed through painting, dance, drawing, and music, focused on a research into the figure of Other, their body, feelings, spirituality, suffering, and ecstasy—resonating with current discourses around a return to figuration; otherness; gender and the body.
Cathy Josefowitz was born in 1956 in New York. At the age of 16 she entered the Théâtre National de Strasbourg to study theatre design. She settled there with Romain Denis, grandson of the painter Maurice Denis and an artist in his own right. She abandoned her studies before the end of the first year and moved to Paris, where she entered the École Nationale des Beaux-Arts. She helped Romain Denis on the sets of Molière by Ariane Mnouchkine but preferred to spend time alone and paint. Her first works were large expressionist and figurative paintings on kraft paper. In the United States she discovered dance and primal theatre, a technique focused on improvisation and the search for raw, primitive and unconscious emotions. In 1979, at the age of 23, she went to England to study dance at the Dartington College of Arts in Devon. There she met two great masters of experimental contemporary dance: Steve Paxton, who co-founded the Judson Dance Theater with Trisha Brown in New York in the 1960s and who invented the dance practice of "contact improvisation"; and Mary Fulkerson, a founder of the “anatomical release technique”. Both would have great influence on her work. Cathy Josefowitz graduated with a degree in performing arts in 1983 with the choreographic composition Fiesta Graduata, which she created in collaboration with another student, Mara de Wit. They were given high praise by the judges and continued their work by creating the dance and theatre company Research and Navigation that same year in Wales. Close to the feminist milieu and highly involved in the gay and lesbian liberation movement, Cathy Josefowitz lived in a romantic relationship with a woman, Susan, from 1983 to 1987. She composed and sang militant songs with dancing friends under the group name Lining Time. She then studied choreography in Amsterdam at the SNND (School for New Dance Development) in 1987.
In the early 1990s, she devoted herself to painting and worked on several series of works on the themes of animals , transportation, and dance. It was also during this period that she began her first monochromes inspired by the nature and landscapes of California, especially Ojai, where she had stayed in 1990. In 1997, she met the painter Colin Paul Mey and began to live with him. Ever more tied to the body and gestures, her painting practice developed into creating very large formats on the ground. From 1998 to 2000, she made a series of abstract and geometric works inspired by the colour and light of her travels in Egypt entitled Prayers. In 2004, Cathy Josefowitz and her son moved to Geneva and she continued to paint in a workshop in Carouge. She created black and white monochromes, smaller format works that mixed abstraction and the figurative as well as techniques including painting and collages of various subjects in an investigation that revisited themes from her past paintings. In 2008 she created a series of canvases with four hands painted over the course of a few months with Colin Paul Mey. This pictorial and amorous game mixed their two practices with representations of décor and stage sets. Then she returned to large format works in a series of paintings on the theme of the Kama Sutra. Gradually, figures would disappear to make room for almost monochromatic variations in large formats. In 2011, Cathy Josefowitz and Mara de Wit relaunched Research and Navigation, the company they founded in 1983. They explored the relationship between dance and painting. Their year of work together resulted in the movie Fiesta Graduata Revisited. Over the course of a few months at the end of 2012 and in 2013, shed painted many paintings on the theme of Skies, in shades of grey and pink, whose scenographic composition (as paintings in movement) she worked on with Lorenzo Piqueras. Cathy Josefowitz died on June 28, 2014 in Geneva.
order
Texts by Ludovic Delalande, Rebecca Lamarche-Vadel, Elise Lammer.
published in March 2020
bilingual edition (English / French)
24 x 33 cm (softcover)
288 pages (color & b/w ill.)
27.00 €
ISBN : 978-88-6749-404-0
EAN : 9788867494040
in stock 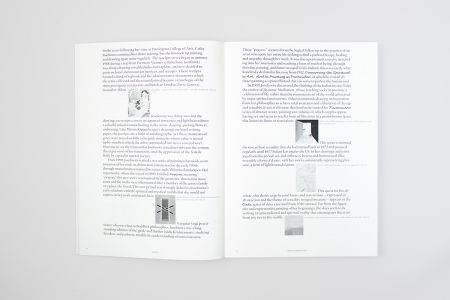 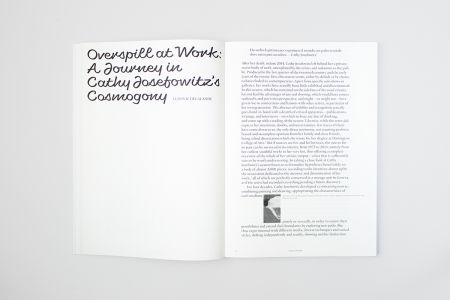 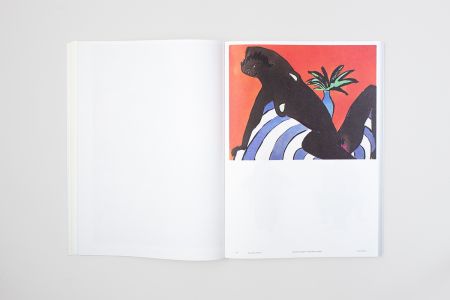 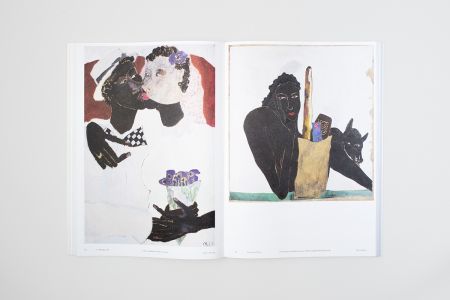 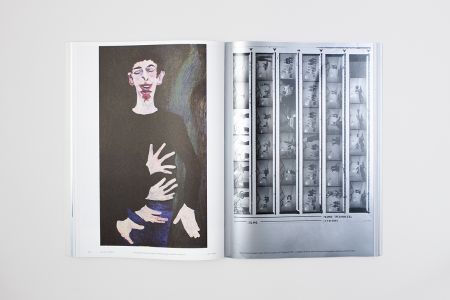 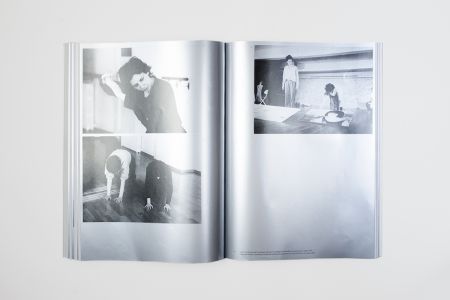 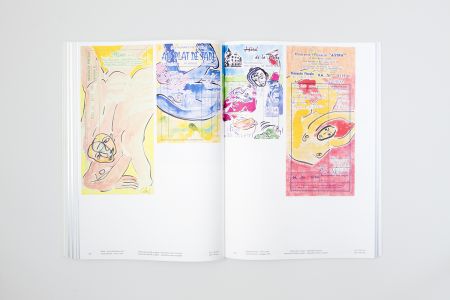