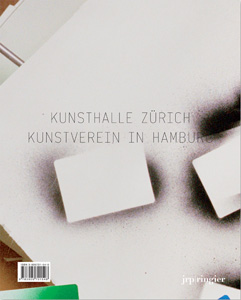 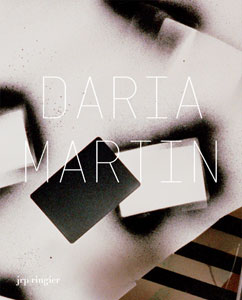 order
wishlist
First monograph.
After studying at Yale University where she explored the relationship between cinema, art, literature, and music, Daria Martin (born 1973 in San Francisco, lives and works in London) has resolutely opted for making films. Borrowing from a universe of everyday popular references (sport, games, shows, etc.), in her work she combines elements from avant-garde dance and cinema with a formidable formal elegance. Without falling into the trap of being seduced by the forms, movements, and abstract themes that she uses and one could make her own the words of Jacques Rancière about political work, in the sense that it reveals a “distribution of sensitivity in the social sphere.”
Martin's work has been presented in solo exhibitions at Der Kunstverein, seit 1817 in Hamburg, Kunsthalle Zürich, and The Showroom in London. She has participated in numerous group exhibitions including "Uncertain States of America," which originated at the Astrup Fearnley Museum of Modern Art in Oslo and traveled internationally; "Emblematic Display" at the ICA in London; "Beck's Futures," also at the ICA; and "The Moderns" at Castello di Rivoli in Turin, among many others. Her films have been screened in many international venues, including Tate Modern, Tate Britain, and the Royal College of Art in Lodon; the Secession in Vienna; and Arnolfini in Bristol.
order wishlist
Edited by Beatrix Ruf. 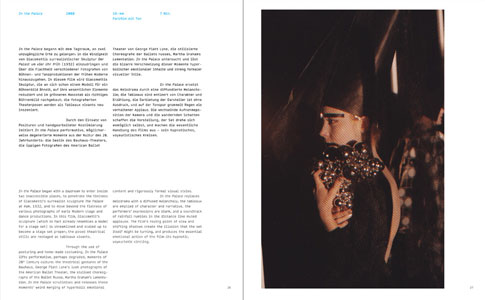 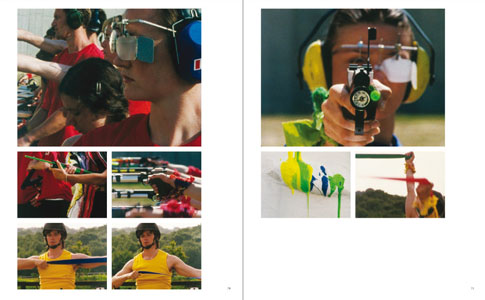 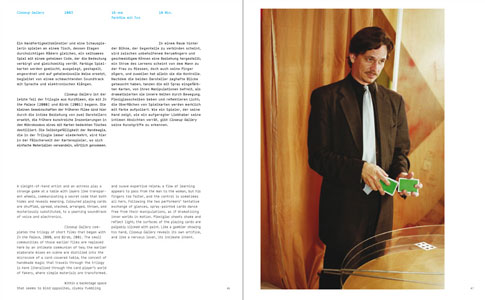