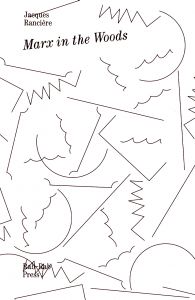 order
wishlist
The first English translation of Jacques Rancière's early philosophical text "The Dialectic of Reason and Private Interest", originally published in 1963. Written under the influence of Louis Althusser, the text is discussing the forms of law in Karl Marx's writings on the "debates on the law on thefts of wood".
As a break from the idealist philosophy, Marx's writings on thefts of wood is considered to be a turning point in the history of communist theory.
In his text, Rancière does not only discuss the complex structure of Marx's early concepts, but he does this by such 'wild formalism' that opens the communist horizon towards unfamiliar realms.
Defending this approach still today, Rancière in the new introduction written to the book gives also some clues about his difficult relationship with Althusser.
The book is translated by Jussi Palmusaari, who also wrote an afterword where he discusses the way Rancière subjects time and history to a certain formalisation through spatiality.
Jacques Rancière (born 1940) is a professor emeritus of philosophy at the Université de Paris VIII. 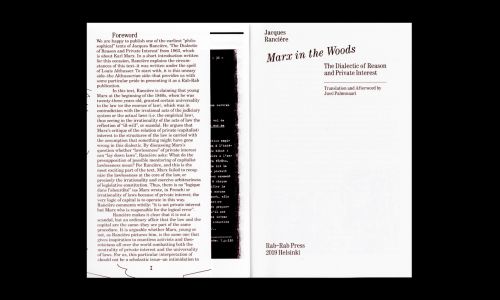 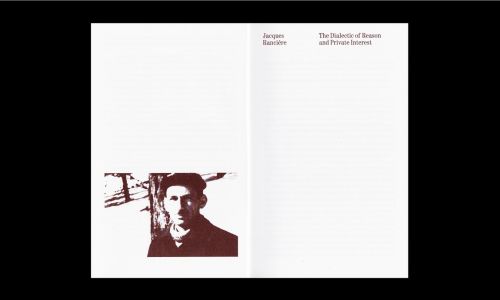 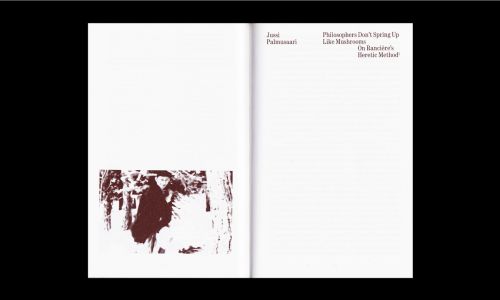 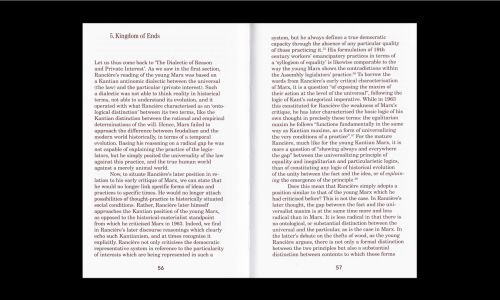