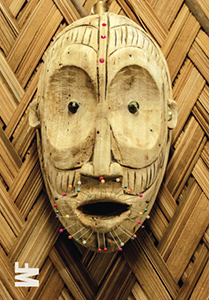 order
wishlist
This catalogue is part of a project investigating the decentralization of the hegemonic and indisputable model of western artistic modernity in the current geo-political scenario. It attempts to reflect on the construction that the West has made of Africa through works from major collections on Italian colonial history, as well as from Fondation Cartier in Paris. It also includes texts from key postcolonial figures W. E. B. Du Bois, Édouard Glissant, and Léopold Sédar Senghor.
The White Hunter, African memories and representations is a publication produced on the occasion of the eponymous exhibition produced by FM Centre for Contemporary Art in Milan and curated by Marco Scotini. This book is not only a catalogue on the exhibition, but it is rather a context in which the subjects of the show, are interrogated in another form.
With over 30 contemporary and an equal number of anonymous, traditional artists with more than 150 works, Il Cacciatore Bianco/The White Hunter presents a path articulated around the forms of representation and reconstruction of memory and African contemporary reality through works from—as well as from the Parisian Fondation Cartier pour l'art contemporain—major Italian collections and archive material on Italian colonial history. The artists are positioned over an almost complete map of the African continent, covering 15 different nations: Tunisia, Algeria, Mali, Senegal, Sierra Leone, the Ivory Coast, Ghana, Benin, Nigeria, Cameroon, Congo, Kenya, Mozambique, Madagascar and South Africa.
Published following the eponymous exhibition at FM Centre for Contemporary Art, Milan, from March 31 to June 06, 2017. 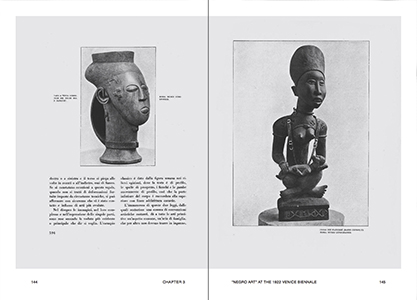 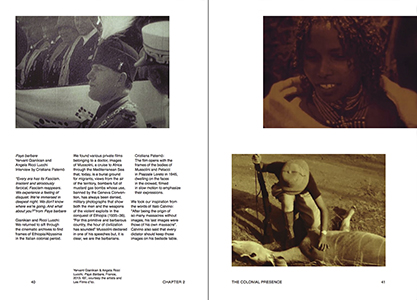 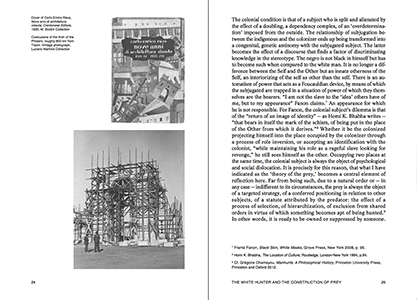 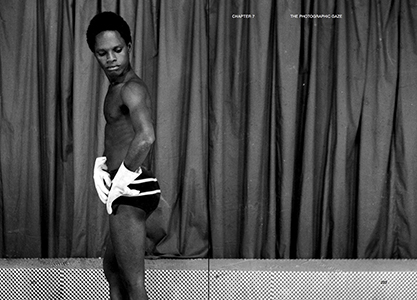