John Akomfrah (born 1957) is a British artist, writer, film director, screenwriter, theorist and curator. His works are characterised by their investigations into memory, post-colonialism, cultural identity, temporality and aesthetics and often explores the experiences of migrant diasporas globally. Akomfrah was a founding member of the influential Black Audio Film Collective, which started in London in 1982 alongside the artists David Lawson and Lina Gopaul, who he still collaborates with today. 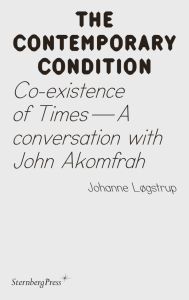