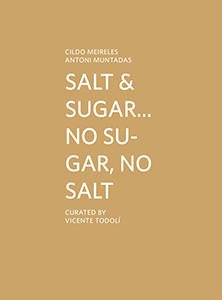 wishlist
Catalogue documenting a unique installation born from the colllaboration of two major artists of the twentieth century.
Cildo Meireles and Antoni Muntadas divided the space of the Kunsthalle Marcel Duchamp vertically with a transparent partition. On one side they built a pile of sugar, on the other a pile of salt. The effect is like two mountains touching each other but made of two different materials—both of them, obviously, white. It's a wonderful collaboration referencing friendship, conversation, landscape, humor, walking, climbing, and much else besides.
Published following the eponymous event organized at Cully by the Association Kunsthalle Marcel Duchamp, from March 10 to April 14, 2012.
Cildo Meireles (born 1948 in Rio de Janeiro, where he lives and works) is a conceptuel artist, installation artist, and sculptor. His works, often large and dense, encourage the viewer's interaction. In 1970 he developed “Insertions Into Ideological Circuits”, a political art project which aimed to reach a wide audience while avoiding censorship. He was one of the founders of the Experimental Unit of the Museu de Arte Moderna in Rio de Janeiro in 1969, and in 1975 he edited the art magazine Malasartes. In 2008 he won the Velázquez Visual Arts Prize, presented by the Ministry of Culture of Spain.
Antoni Muntadas (born 1942 in Barcelona, lives and works in New York) is a multidisciplinary media artist, whose work addresses political and communication issues. He was a research fellow at the Center for Advanced Visual Studies at MIT, 1977–1984, and is currently professor of the practice at ACT/MIT. In 1995, he was awarded an Ars Electronica Honorary Mention for his well-known work The File Room, an early and ongoing Internet art project. His work has been exhibited widely at venues including the Museum of Modern Art, New York; the Venice Biennale, Spanish Pavilion; documenta VI; documenta X; and the Reina Sofia, Madrid.
wishlist
Text by Iria Candela. 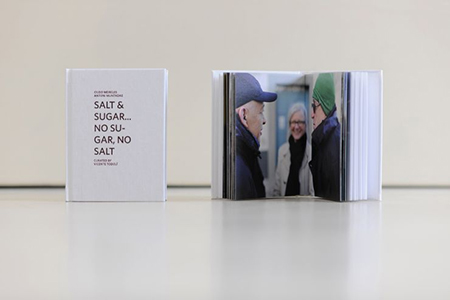