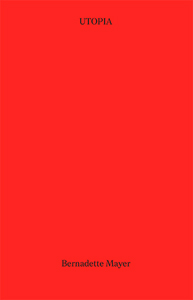 wishlist
A collection of texts defining utopia as a place existing only within the domain of language, Utopia gives a synthesis of historical utopias and a snapshot of the 1970-1980's poetic scene.
An avant-garde writer associated with the New York School of poets, Bernadette Mayer was born in 1945 in Brooklyn, New York, where she lives and works. From 1967 to 1969, she published the experimental newspaper 0 to 9 with artist Vito Acconci, which combined texts and works of writers and conceptual artists based on the use of language (Ted Berrigan, Clark Coolidge, Hannah Weiner, Aram Saroyan, Robert Smithson, Dan Graham, Morton Feldman or Sol LeWitt).
In 1967—along with Lewis Warsh—she founded the publishing house United Artists Books which published a number of influential writers such as Robert Creeley, Anne Waldman, Hannah Weiner, James Schuyler, Ted Berrigan and Alice Notley as well as Mayer's own books like 1978's The Golden books of Words or 1984's Utopia. Known for her innovative use of language, Mayer rose to prominence with the exhibition “Memory,” which combined photography and narration. During July 1971 Mayer took daily photographs and recorded her thoughts. These materials formed the basis for the exhibition, and for the eponymous book published in 1975. In 1980, Mayer became director of the Poetry Project at St. Mark's Church in New York where she also ran literary workshops. She also initiated the Poetry Project's Reading Series.
Mayer's composition methods such as chance operation, collage and cut-up identifies her as being close to the likes of John Cage, Jackson Mac Low or Frank O'Hara—central figures of the New York School—as well as more contemporary figures associated with the magazine L=A=N=G=U=A=G=E. Mayer's work is also influenced by modernist figures such as James Joyce, Gertrude Stein and the Dadaists or classical authors (Catullus).
wishlist
Translated from the English (American) by Jean-François Caro (original title: Utopia, 1984, United Artists books).
published in June 2016
French edition
13,5 x 21 cm (softcover)
152 pages
ISBN : 978-2-9540465-5-6
EAN : 9782954046556
sold out
press releases
Critique d'art, Sylvie Mokhtari, 2017 (PDF) 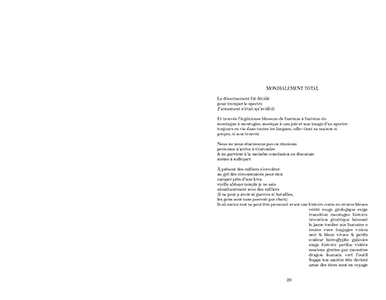 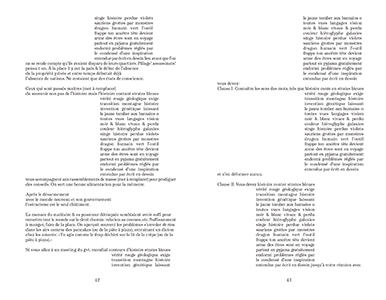 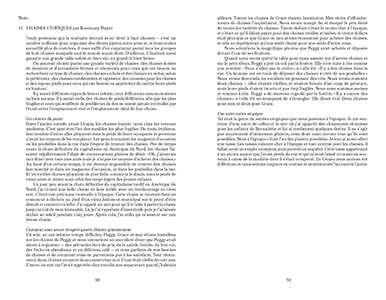 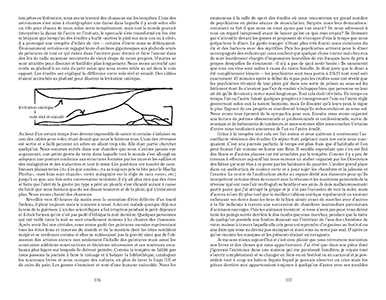