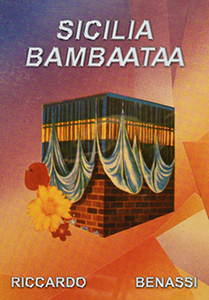 order
wishlist
Sicilia Bambaataa is a booklet, risograph printed, which documents the namesake installation, a “soundscape” within the Museo Civico in Castelbuono, Sicily which plays in loop, repeating the audio recording of the dawn chorus, slowly diminishing as the city awakes.
“In Sicily at the Civic Museum of Castelbuono I created an environmental installation whose beating heart is a sound emanating from a source invisible to the eye. This sound records the awakening of the city of Berlin, or better, it records my attempt to awaken it by slowly removing the sheets – only to realize that they are not sheets by curtains.”
Riccardo Benassi, Sicilia Bambaataa (an introduction to)

“Might the boundary between night and day have a spatial equivalent?”, asks Benassi, “Sicily, just like Berlin, seems to be one of the most suitable places for calling into question the very idea of the boundary or for recounting the perspective of a possible migration.” The title of the project includes a reference to the renowned American rapper and DJ, Kevin Donovan aka Afrika Bambaataa. While Afrika Bambaataa endeavoured to improve the world through music, organizing dance festivals for local communities, Benassi shares the same idea in relation to the role of music and dance in society, both of which he sees as related to human beings' perception and connection through their own bodies: “it is by dancing that we realize what we have in common with the other unknown dancers.” On the whole, the project calls into question the very idea of the boundary itself: in music and art genres and also between music, art and life, which all, says Benassi, happen through synchrony. Along with a few installation views and other visual compositions, the publication consists of four texts in which Benassi sheds light on the ideas behind the project.
Published following the eponymous installation at the Museo Civico in Castelbuono, Sicily from August to October, 2014.
Riccardo Benassi was born in Italy in 1982, grew up in Cremona, on the banks of the river Po and currently lives and works in Berlin. Frequently collaborating with architects, artists, curators, musicians and theoreticians, Benassi is considered one of the most prolific Italian artist of his generation and an active agitator of the European underground experimental music scene. Operating within a range of international contexts, Riccardo Benassi's works are the result of an articulated assemblage of images, sounds, colors, texts, functional objects, and diverse materials, which are put together to generate large-scale installations, videos, performances, artist's books and sculptural elements in which the visual part is one of the many elements that compose the final result. He recently published Letters from the Passenger Seat with No One at the Wheel (Mousse Publishing 2010), Briefly, Ballare (Danilo Montanari 2012), and Attimi Fondamentali (Mousse Publishing 2013).
order wishlist
Texts by Riccardo Benassi.
published in October 2015
bilingual edition (English / Italian)
14 x 20 cm (softcover)
32 pages (color ill.)
15.00 €
ISBN : 978-88-97503-63-7
EAN : 9788897503637
in stock 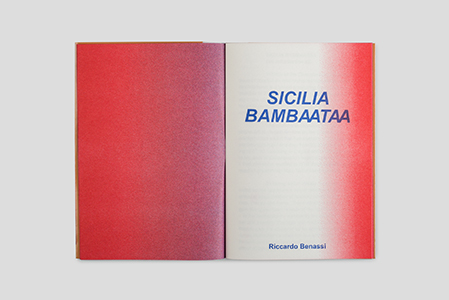 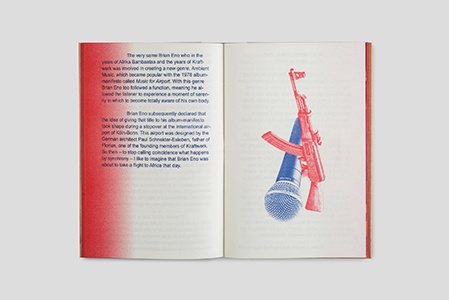 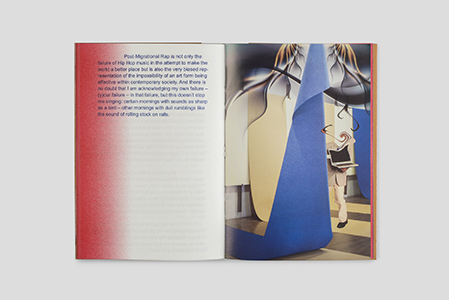 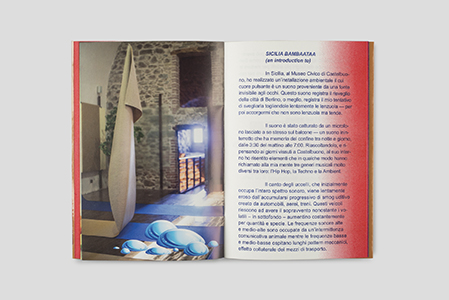 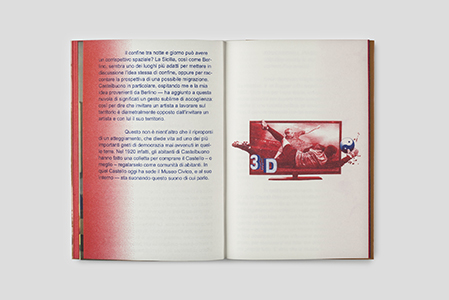