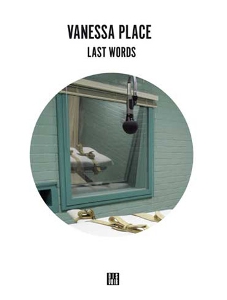 order
wishlist
Last Words is a dual-input device: a book associated with a sound piece built from the last statements of all inmates executed in Texas since the resumption of executions on December 7, 1982.
Vanessa Place reads the last words of the convicts sentenced to death, collected by the State before the start of the procedure, and made public by the Department of Criminal Justice of Texas on its website. Also public are the death row portraits included in the book. To date, 527 detainees have been killed in Texas since 1982. All by lethal injection.
Vanessa Place (born 1968 in Stratford, lives and works between Los Angeles and New York) is an American writer and performer. First poet to be invited to the Whitney Biennial, she notably performed at PS1, New York and Whitechapel Gallery, London. Vanessa Place is also a critic and criminal defense attorney.
order wishlist
published in 2015
bilingual edition (English / French)
16,5 x 21,5 cm (softcover)
64 pages (60 color ill.)
29.00 €
ISBN : 978-2-914563-77-2
EAN : 9782914563772
in stock