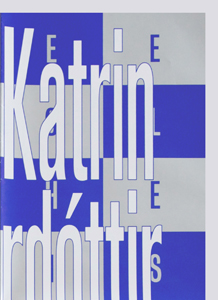 order
wishlist
A collaborative text born from the exchange and longstanding friendship between the artist Katrín Sigurðardóttir and the poet Kristín Ómarsdóttir.
The form of The Mask fluctuates from that of a play to an interview to an informal dialogue, revealing the importance of confrontation and mutual understanding of these two independent artists' investigations. The focus is on their relations with surfaces and with closed systems as puzzles that open up different possibilities.
As Sigurðardóttir states regarding the text: “A work can depict a surface, without being a surface itself. In the same way, a text can appear as a play, without being a play. In some way, I am ambivalent whether this text is actually a script or just a text that assumes the form of a script. Like a picture of a script rather than intentionally or functionally a script.”
Peep-Hole Sheet is a quarterly of writings by artists published by Mousse Publishing. Each issue is dedicated solely to one artist, who is invited to contribute with an unpublished text whose content is completely free in terms both of subject and format. The texts are published in their original language, with accompanying translations in English and Italian. Peep-Hole Sheet is meant for those who believe artists are catalysts for ideas all around us, and who want to read their words without any filter. Over time it aspires to build up an anthology of writings that might open new perspectives for interpreting and understanding our times.
In her work, Katrín Sigurðardóttir (born 1967 in Reykjavik, Iceland, lives and works in New York) explores the way physical structures and boundaries define our perception. Through unexpected shifts in scale, she examines distance and memory and their embodiments in architecture, cartography and traditional landscape representations. While alluding to real locations, her works question the verity of these places, as well as our account of them.
Sigurðardóttir's work crosses the boundary between perceptual and embodied space, between vision and experience. She takes on the uneasy confrontation, when the viewer has to negotiate a new relationship with the miniature, see it as not representing other than itself, a disproportionate constructed object in the full-scale world. “Sigurðardóttir's work reminds us that the production of space is a complex phenomenon, in which perceptual and representational aspects cannot be separated from function or use... Sigurðardóttir works with a representational space that is conceptually used and perceptually lived”, writes Giuliana Bruno.
In the last 20 years, Katrín Sigurðardóttir's works have been shown extensively in Europe, North and South America and are included in numerous public and private collections. She is representing Iceland in the 55th Venice Biennial in 2013. She has had notable solo exhibitions at The Metropolitan Museum of Art, New York (2010), MoMA PS1, New York (2006) and FRAC Bourgogne, Dijon, France (2006), Sala Siqueiros, Mexico City (2005) and Fondazione Sandretto, Turin, Italy (2004). In 2014, her large-scale work for the Venice Biennale has travelled to The Reykjavík At Museum, and Sculpture Center, New York.
order wishlist
published in February 2015
English edition
25 x 33,5 cm (broadsheet in transparent packaging) / 33,5 x 50 cm (unfolded)
16 pages
10.00 €
ISBN : 978-88-6749-107-0
EAN : 9788867491070
in stock 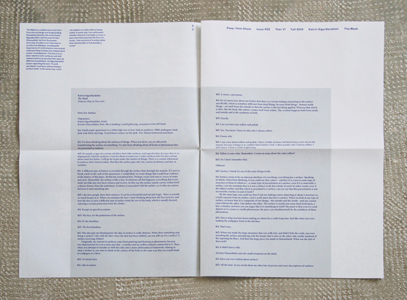 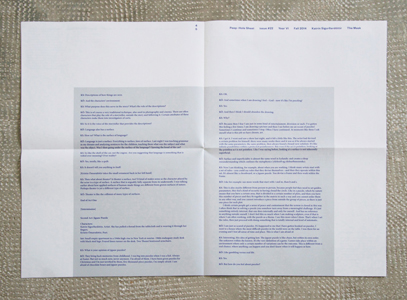 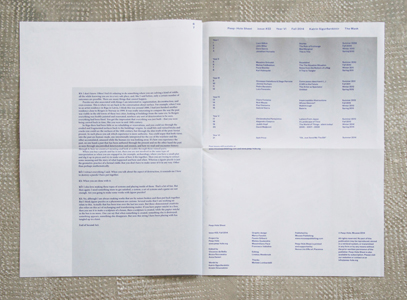