E-flux journal – What Is Contemporary Art? 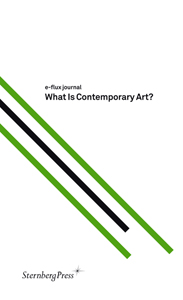 order
wishlist
E-flux journal: What Is Contemporary Art? puts the apparent simplicity and self-evident term into doubt, asking critics, curators, artists, and writers to contemplate the nature of this catchall or default category.
This book began as a two-part issue of e-flux journal devoted to the question: What is contemporary art? First, and most obviously: why is this question not asked? That is to say, why do we simply leave it to hover in the shadow of attempts at critical summation in the grand tradition of twentieth-century artistic movements? A single hegemonic “ism” has replaced clearly distinguishable movements and grand narratives. But what exactly does it mean to be working under the auspices of this singular ‘ism'?
“Widespread usage of the term ‘contemporary' seems so self-evident that to further demand a definition of ‘contemporary art' may be taken as an anachronistic exercise in cataloguing or self-definition. At the same time, it is no coincidence that this is usually the tenor of such large, elusive questions: it is precisely through their apparent self-evidence that they cease to be problematic and begin to exert their influence in hidden ways; and their paradox, their unanswerability begins to constitute a condition of its own, a place where people work.”
See also e-flux – The Best Surprise Is No Surprise.
order wishlist
Edited by Julieta Aranda, Brian Kuan Wood, Anton Vidokle.
Texts by Julieta Aranda, Brian Kuan Wood, Anton Vidokle, Cuauhtémoc Medina, Boris Groys, Raqs Media Collective, Hans Ulrich Obrist, Hu Fang, Jörg Heiser, Martha Rosler, Zdenka Badovinac, Carol Yinghua Lu, Dieter Roelstraete, Jan Verwoert.
published in 2010
English edition
10,8 x 17,8 cm (softcover)
216 pages (24 b/w ill.)
12.00 €
ISBN : 978-1-934105-10-8
EAN : 9781934105108
in stock 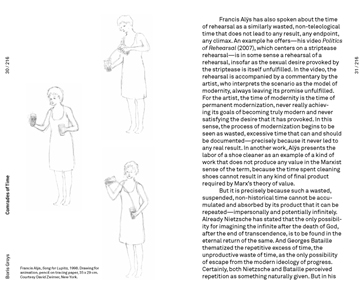 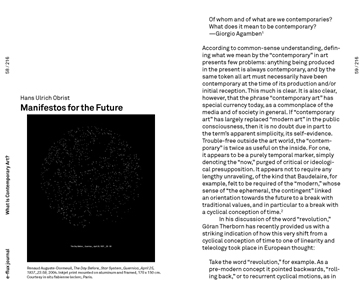 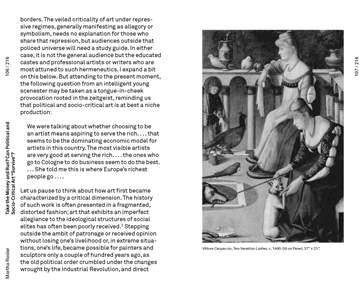