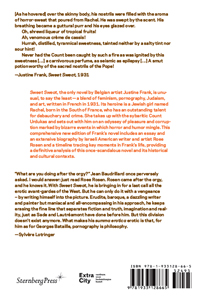 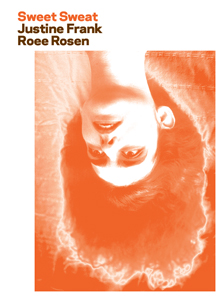 wishlist
Erudite, baroque, a dazzling writer and painter but maniacal and all-encompassing in his approach, Roee Rosen keeps erasing the fine line that separates fiction and truth, imagination and reality, just as Sade and Lautréamont have done before him. But this division doesn't exist anymore. What makes his summa erotica erotic is that, for him as for Georges Bataille, pornography is philosophy.
Sweet Sweat, the only novel by Belgian artist Justine Frank, is unusual, to say the least—a blend of feminism, pornography, Judaism, and art, written in French in 1931. Its heroine is a Jewish girl named Rachel, born in the South of France, who has an outstanding talent for debauchery and crime. She takes up with the sybaritic Count Urdukas and sets out with him on an odyssey of pleasure and corruption marked by bizarre events in which horror and humor mingle.
This comprehensive new edition of Frank's novel includes an essay and an extensive biography by Roee Rosen and a timeline tracing key moments in Frank's life, providing a definitive analysis of this once-scandalous novel and its historical and cultural contexts.
Justine Frank is a fictive surrealist artist and writer, having purportedly been born in Antwerp in 1900 and died in Tel Aviv in 1943, invented by Israeli artist Roee Rosen (born 1963 in Rehovot, Israel).
The paintings, films, and writings of Israeli artist Roee Rosen (born 1963 in Rehovot, Israel) have become known for their historical and theological consciousness, novelistic imagination, and psychological ambition. His work addresses the representation of history, the political economy of memory, and the politics of identity, often exploring the tension between trauma, horror, humor, and truth.
Rosen received degrees in visual art from the School of Visual Arts and Hunter College, both in New York. He now lives in Israel, where he teaches art and art history at Bezalel Academy of Art and at Beit Berl College. In 1997 Rosen's controversial exhibition “Live and Die as Eva Braun” at The Israel Museum, Jerusalem, was aggressively attacked by Israeli politicians. It won critical praise, however, for its new approach to the representation of the memory of the Holocaust. Rosen's projects include the exhibition “Justine  Frank (1900–1943): A Retrospective” (2009) and the films Two Women and a Man (2005) and The Confessions of Roee Rosen (2008). He has authored the books A Different Face (Shva, 2000), Lucy (Shadurian, 2000), Sweet Sweat (Babel, 2001), and Ziona™ (Keter, 2007).has invented
wishlist
Co-published with Extra City.
Design by NODE Berlin Oslo.
published in 2009
English edition
15 x 20 cm (softcover)
238 pages (34 b/w ill.)
ISBN : 978-1-933128-66-5
EAN : 9781933128665
sold out
table of contents 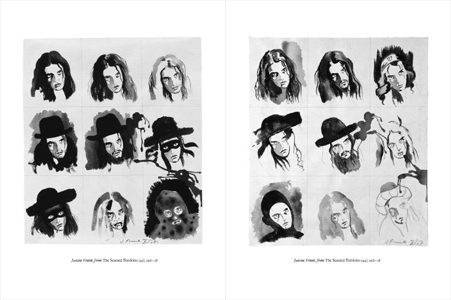 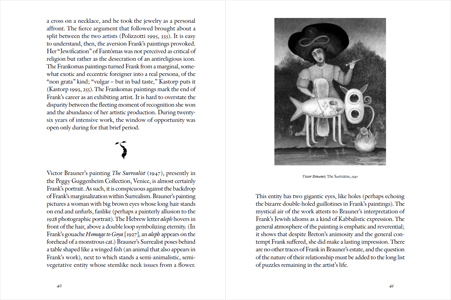 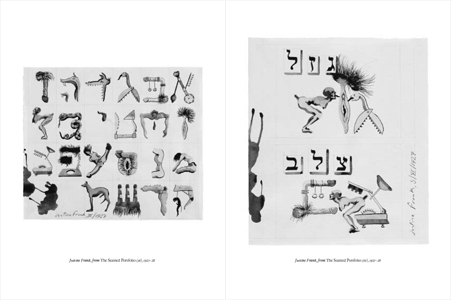 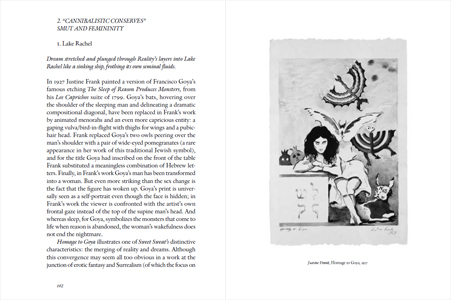 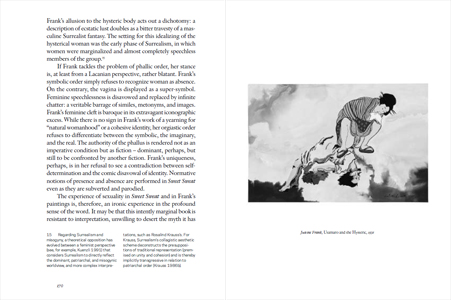 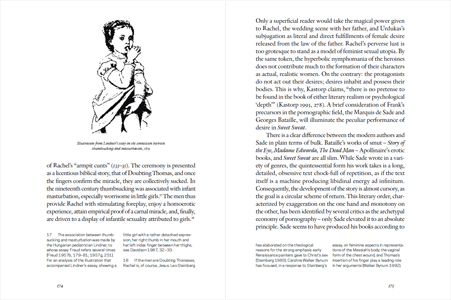 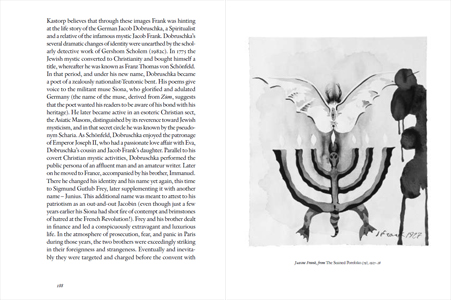 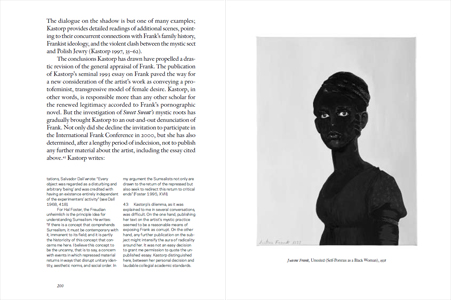 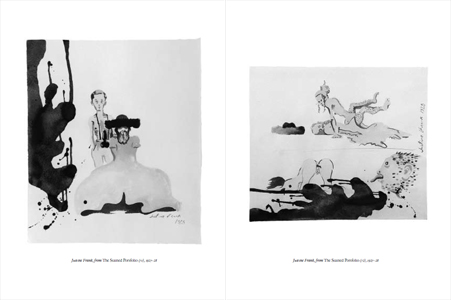