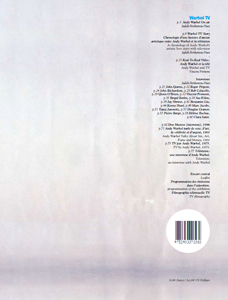 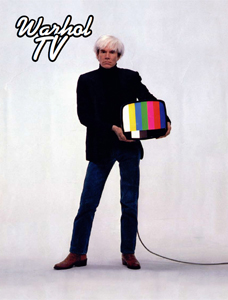 wishlist
A giant zap through Warhol's television universe; a journey through the artist's obsessions, his fascinations, his loves, his surprises and fears.
Andy Warhol had always been fascinated by television. A means of communication that was contemporary and massive. An ideal tool for artistic promotion, social promotion, for self-promotion.
It was his big dream to have his own television show. A program he would be in control of, but that would also allow him to have control over his own image. As early as 1964 he made an imitation soap opera, to which he added real "adverts". At the beginning of the 70s, he played around at producing telenovelas that were the reflection of his aesthetic and fantastical universe. In 1979 he put together a small team who were in charge of creating TV programs to be aired on the brand-new New York Cable. This team, including Vincent Fremont, Don Munroe and Sue Etkin, created Fashion, a talk show devoted to the fashion world, followed by Andy Warhol's TV, a Factory style reality-TV show, before producing the famous Andy Warhol's fifteen minutes, inspired by his renowned quote on the subject of fame. In 1987, the TV broadcast of Warhol's funeral service became the tragic final chapter in the life of the man who had so desired to be on screen, to be, as we say, on air.
Warhol's television no doubt represents the last unexplored aspect of this taboo-breaking artist's work. 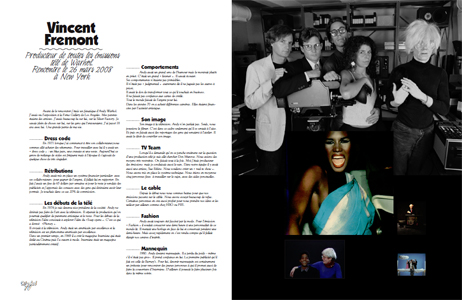 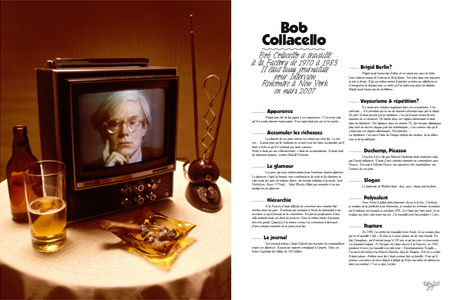 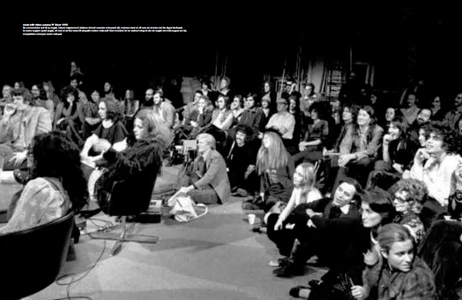 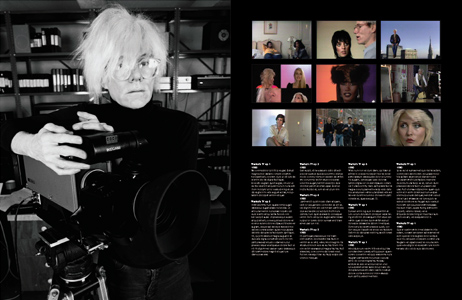