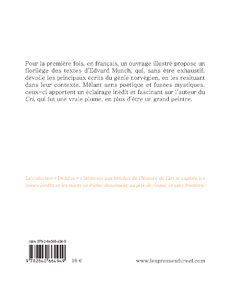 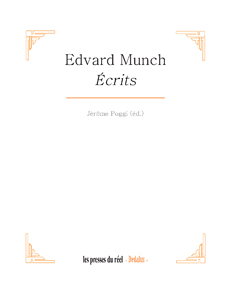 order
wishlist
A collection of texts, most unpublished in French.
Despite his fundamental position in the history of art and modernity, Munch rests less known in France as he deserves, since few of his works figure into the French public art collections. If this is true for his painting, it is even more true for his writing, which very few French art historians or art amateurs have read. Only rare editions exist in French, notably Munch et la France, the catalogue from a 1992 exhibition at the Musée d'Orsay, but they are all out of print and hard to access. This makes it extremely difficult for a French-speaker to be exposed to Munch's extensive literary activity, essential in understanding the complexity and subtlety of the man and his art.
Les presses du réel wish to make available in French Munch's most important texts.
order wishlist
Edited by Jérôme Poggi.
Translated from the Norvegian by Luce Hinsch.
published in September 2011
French edition
17 x 20 cm (softcover)
160 pages (28 color & 4 b/w ill.)
16.00 €
ISBN : 978-2-84066-494-9
EAN : 9782840664949
in stock
table of contents
press releases
Le Monde Diplomatique, Lionel Richard, 2011 (JPG) 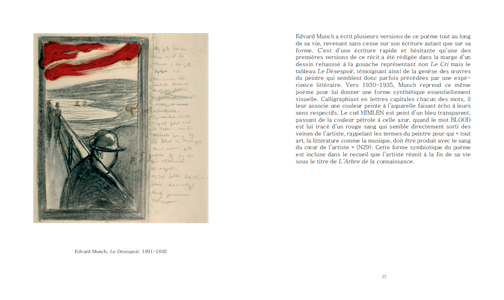 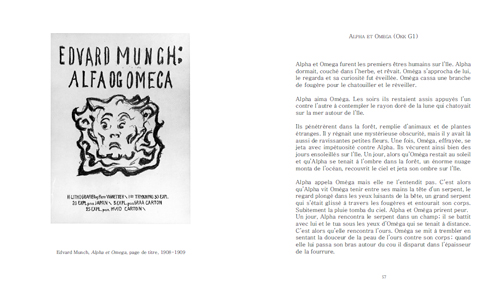 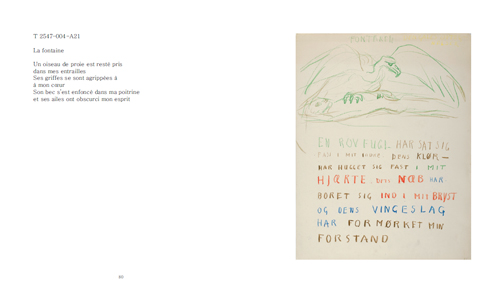 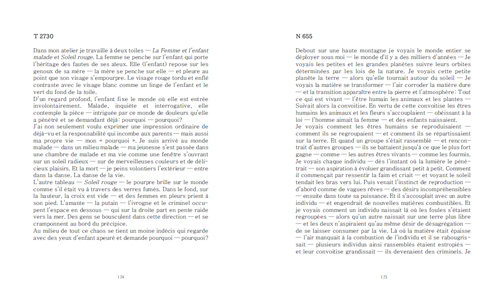