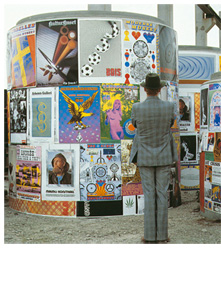 order
This book, part psychedelic philosophy, part biography, is the first to present Sture Johannesson's work in depth, documenting his affiliations with the “high” underground and the punk movement, his activism and his radical exploration of the relationships between art, politics, technology, and human consciousness.
In the sixties, Sture Johannesson's psychedelic posters upset both the Swedish authorities and the “serious” left wing with their delirious drug politics. His pioneering body of work developed throughout the seventies and eighties, capturing the zeitgeist of three decades. More importantly, Johannesson's posters, happenings, and experiments with new media – electronic as well as narcotic–demonstrated that the way authority programs society is more hallucinatory than any drug could ever be.
order
Edited by Lars Bang Larsen.
Texts by Lars Bang Larsen and Sture Johannesson. 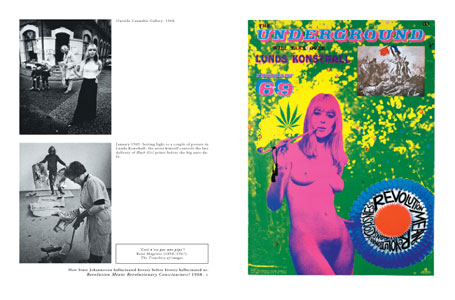 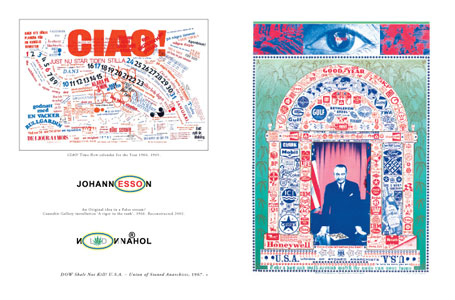 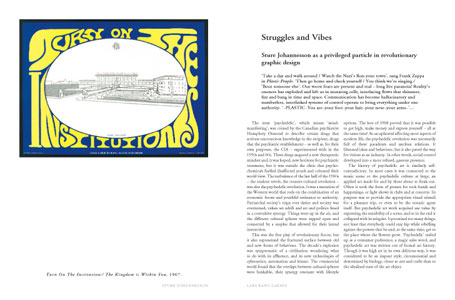