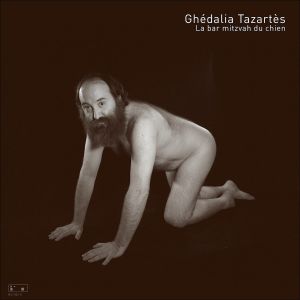 order
wishlist
A shamanic journey in Tazartès's universe.
Ghédalia Tazartès is known for its world mixing styles, languages, concrete sounds. He is a kind of shaman who leads us, guides us in incredible worlds. He made nearly twenty solo albums, all recorded in the same room since 1974.
This album is a command that Bisou records did to Ghédalia Tazartès. Each side has a unique piece. On La Bar Mitzvah du chien can be heard in different characters, a rabbi singing in an invented language, a shaman bewitched, a politician in empty talk, all these characters are accompanied by percussion, cellos, choirs children he has arranged a long series.
Bisou wanted a record in connection with children; on Do not Cry For Me, Mama, he uses toy instruments, tells a story like a child can do it, alone in his room, singing loudly a looped song above a record. He even involve his son Lalo on recording.
For the cover, there are no side A or side B strictly speaking. So there are two potential covers for this album: that of « Do not Cry For Me, Mama" which is a drawing by Lalo Tazartès, and that of "La Bar Mitzvah du chien", a photo of a naked man (Quentin Rollet), on all fours, the "dog", made by film cinematographer Yannick Ressigeac.
French cult artist with an uncompromising character who defied categorization, Ghédalia Tazartès (1947-2021) recorded alone more than 20 albums, calling his Art "Impromuz" for lack of a better term. Before the years 2000s, his public appearances remained exceptional events. Ghédalia Tazartès' music has always been a mystery. It switches from musique concrète to - existing or invented - ethnic music, from poetry to noise, or from loops and collages to sad and extremely beautiful tunes in a second, but it constantly is in flux and coherent. In 2004, Ghedalia finally decided to do live performances again. He first worked with other musicians (Les Reines d'Angleterre, David Fenech & Jac Berrocal, Norscq & Black Sifichi, Nicolas Lelièvre) then went solo for ten years. Since then Tazartes has played many shows across Europe including a show in the Patti Smith exhibition at Fondation Cartier in Paris and a cinemix to the "Haxan" silent movie in 2008. In 2018 Ghedalia decided to stop playing solo and to collaborate with other musicians again: Maya Dunietz, Rhys Chatham, Chris Corsano and Dennis Tyfus, Quentin Rollet and Jérôme Lorichon.
order wishlist
published in June 2015
17.00 €
in stock 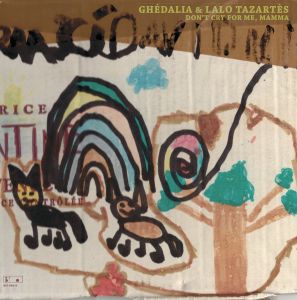