Dent-De-Leone is a not for profit publishing hut operating since 2007 in London. Dent–De–Leone sees itself as being curious and any editorial line to be suspicious. Despite appearances Dent-De-Leone is not based in New Zealand and produces mostly books but also objects and immaterial publications based on conversations. Dent–De–Leone is Martino Gamper, Gemma Holt, and Kajsa Ståhl & Maki Suzuki from graphic design collective Åbäke. 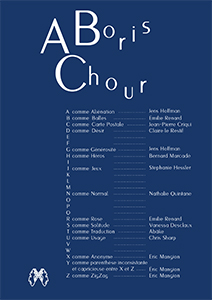 Boris Achour
ABC B.A
2018
bilingual edition (English / French)
This monograph presents a collection of texts and critical essays taking the form of an alphabet primer. Twelve art critics, curators or writers chose a keyword as starting point to write a commentary on Boris Achour's practice. The publication also includes an iconographic documentation offering an overview of the artist's works. 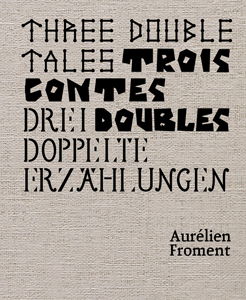 Aurélien Froment
Three Double Tales / Trois contes doubles / Drei Doppelte Erzählungen
2018
trilingual edition (English / German / French)
Three Double Tales is the first monographic publication on Aurélien Froment's work. Published in three languages and designed in collaboration with Åbäke, the book revisits the artist's interest in the questions of translation and wordplay. A photography book, an exhibition catalogue as well as an artist book, Three Double Tales unites three projects that share the use of photography, and whose sources – places and fantasy – have structured Froment's work for the past fifteen years.
filters: