Dingdingdong Editions are devoted to tell the stories of Dingdingdong – Institute for the coproduction of knowledge about Huntington's Disease – as a long journey which implies literature as well as documentary, art, sciences and human sciences. Dingdingdong Editions will publish two books every year.
Huntington's disease (HD) is a rare and incurable genetic disorder that provokes cognitive, muscular and psychiatric degeneration, resulting in the progressive loss of autonomy and eventually, death. It is a disease whose advancement cannot be determined in advance and depends entirely on the affected individual.
Since 1993, and following the discovery of the genetic anomaly responsible for HD, a test exists that allows persons for whom one of the parents is affected to determine whether they too carry the disease.
Technically speaking, the procedure couldn't be more simple: all one needs is a blood test to determine if they have the bad gene. Ethically, psychologically and existentially speaking, it couldn't be more complicated, because carrying the gene means that one will eventually develop the disease, yet without knowing when – statistics show that it occurs between the ages of 35 and 50 – and how. But what exactly does it signify to diagnose such a catastrophe and then announce it to the affected? Such an event plunges one into a frightening enigma, which largely surpasses the medical procedure that invoked it.
The task of Dingdingdong is to create a system for the production of knowledge based on personal testimonies, with the goal of providing pragmatic solutions so that users – whether they are carriers, patients, family, friends or caregivers – can live honorably their Huntington's disease. Such an undertaking necessitates a unique collaboration between users, researchers (scientists, philosophers, sociologists, historians etc.) and artists (visual artists, writers, choreographers etc.), so that together they can succeed in their mission: to explore the disease as if it were an unknown planet, and to seek out the proper narrative forms for relating this altogether new adventure.
Represented by Emilie Hermant and Valérie Pihet, the project Dingdingdong implies Vincent Bergerat (artist), Liisa Cervières (artist), Anne Collod (choreographer), Alexandra Compain-Tissier (artist), Didier Debaise (philosopher), Vinciane Despret (psychologist and ethologist), Emilie Hache (philosopher), Emilie Hermant (writer), Bruno Latour (philosopher and sociologist), Anne Laure Morin (lawyer), Valérie Pihet (project curator), Fabien Siouffi (video game executive), Katrin Solhdju (historian), Stéphanie Soudrain (artist), Isabelle Stengers (philosopher), Fabrizio Terranova (artist), Sophie Toporkoff (art director), Katia Youssov (neurologist). 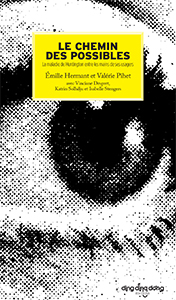 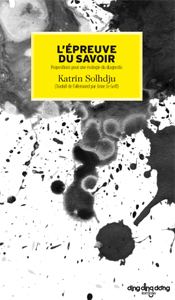 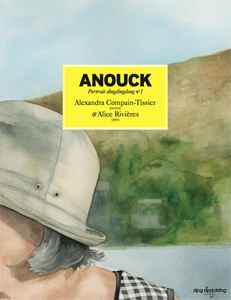 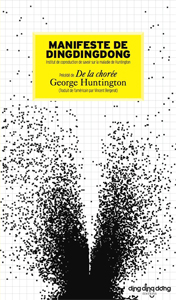