The city is Melanie Gugelmann's major theme. Because she spent several of her childhood years in New Zealand, her vision of the city is deeply marked by this absence of urban experience. Her paintings use different pictures as models, first interfering and then superposing each other layer by layer. It is this form of superposition which reproduces the perpetual movement of the subject in the city as a “psycho-geography” through a two-dimensional image. Gugelmann's paintings deal with this new form of moving perception first described by Walter Benjamin. Photographs form the toolbox of her work, delivering the basis of the image which is, in this way, deeply influenced by technical heritage without using computerized virtual images. Another important reference in her work is the medium of film and our everyday experience of it—especially science fiction films like Fritz Lang's "Metropolis" and Ridley Scott's "Blade Runner". 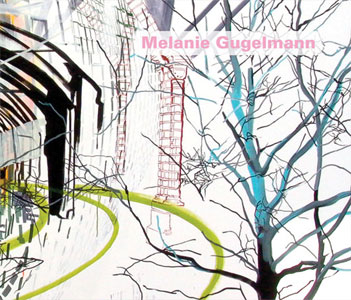