As a member of the North African community, Kader Attia (born 1970 in France) has spent the past several years examining the tangle of identity conflicts that contributed to the recent difficult events. His art is rooted in the complex relations between East and West, and it reflects the charged encounter between these markedly different worlds—an urprooted North African culture and a seductive Western consumer culture. Deeply embedded within this duality, his work reflects upon the sociopolitical powder cake that is threatening French society from within, and upon the millions of Muslims who have lost all hope of integrating into it. 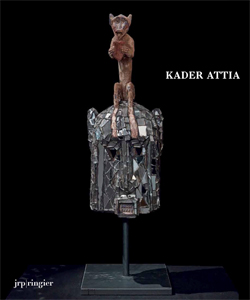 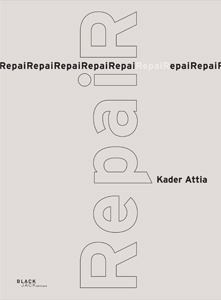 RepaiR
2014
English edition
BlackJack editions - Monographs & artists' books
sold out
Both an artist's book and Kader Attia's reference monograph, “RepaiR” consists of interviews and texts around Attia's oeuvre, documented through about 1000 b/w reproductions, and the notion of repair, by 13 academics and researchers working in various disciplines. The book also reveals the artist's research and creation process, with a selection of archive texts and images. 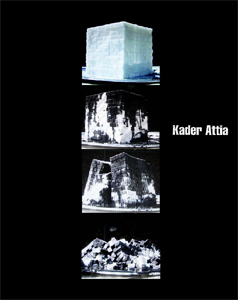 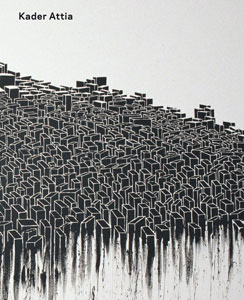