Dancer, choreographer, performer, filmmaker, and writer, Yvonne Rainer (born 1934 in San Francisco, lives and works between California and New York) is a central figure in the history of the New York avant-garde. After studying with Martha Graham and Merce Cunningham, she created her first choreographies and founded the Judson Dance Theater together with other dancers. She started making short films, which she included in her performances, in 1967; she later turned to a cinema that put the accent on language, and showed a growing interest in theory. Her first feature-length films projected her to the forefront of independent cinema: ignoring narrative conventions, they question the place of the spectator and combine reality and fiction, dialogue and theoretical discourse, exploring social and political questions. Her most recent films reintegrate conventional narrative structures to address personal questions with political relevance. 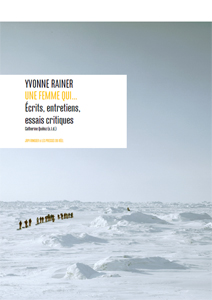