Jocelyn Robert is a multidisciplinary artist from Quebec. He works in music, audio art, computer art, performance, installation, video and writing. His visual and video work has been shown internationally and his sound works have been published on more than 30 CDs. His texts can be found in books at Le Quartanier (Montréal), Ohm Éditions (Québec), Errant Bodies Press (Los Angeles), Semiotext(e) (New York), and in a number of art catalogues. Many texts have been written on his art, and two solo catalogues have been published, one by Galerie de l'UQAM and one by Centre Vox. He is involved in art activism at different levels. Amongst other undertakings, he founded that audio and electronic arts centre Avatar and took part in the foundation of the Meduse cooperative. He taught at Mills College (Oakland, California), at Université du Québec à Montréal and at École d'arts visuels et médiatiques de l'Université Laval, where he is director since 2012. 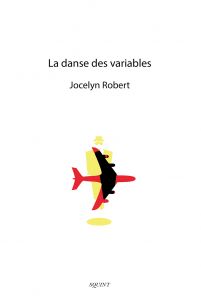