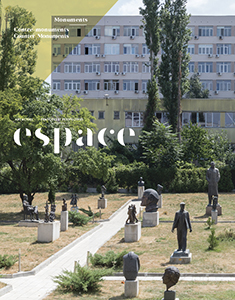 order
wishlist
This issue addresses the notion of (counter-)monuments with essays on National Identity, Immersion Serving Memory, Optical Protocols, Alexandra Pirici's Soft Power, The Kai Dikhas Gallery, Thomas Hirschhorn, The Memorial to the Victims of Communism…
The theme of this issue of Espace art actuel is “Monuments/Counter-Monuments.” The monument is not a new concept; the notion emerged with the awareness of history. With its roots in the Latin monumentum, which signifies “that which serves as a reminder,” the monument is an object of commemoration. Its presence draws our attention to what once was, ultimately making us more mindful of the future and subtly evoking a duty of remembrance. But has this commemorative design lost its significance? Does the duty to remember depend upon building a permanent monument? A monument, especially when it evokes an event from the distant past, whether funerary or commemorative, is simply put on display. It exists for the purposes of official celebration, which circumvents the efforts required in the true act of remembering – particularly as monuments create the illusion of a collective memory.
Founded in 1987 in Montreal, Espace art actuel is an essential bilingual magazine for the promotion of contemporary art in the field of sculpture, installation and all other art forms associated with the notion of spatiality. Published three times a year (January, May, September) by Centre de diffusion 3D in Montreal, the magazine offers greater visibility to artists from Quebec and across Canada and contributes to the vitality of the local art scene. Since December 2013, Espace magazine has been led by André-Louis Paré.
order wishlist
published in January 2016
bilingual edition (English / French)
21,9 x 27,8 cm (softcover)
128 pages (ill.)
10.00 €
in stock
table of contents 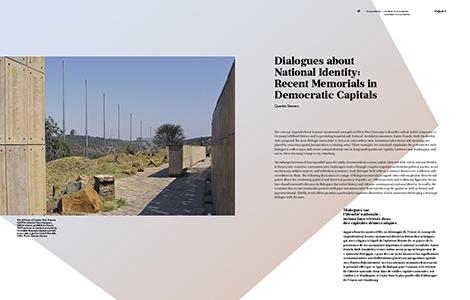 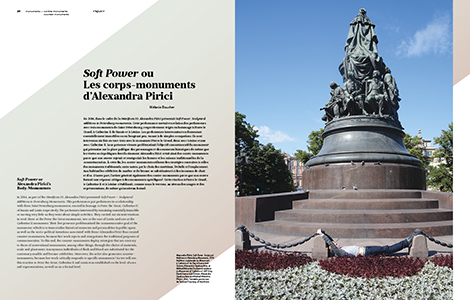 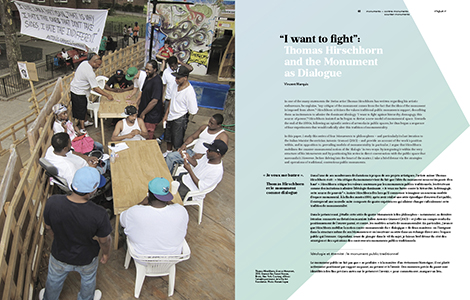 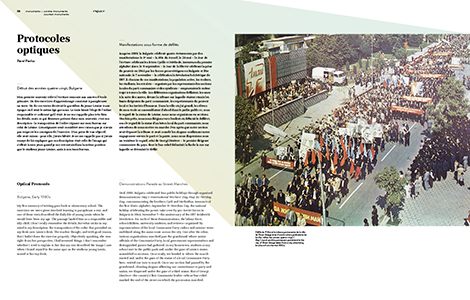 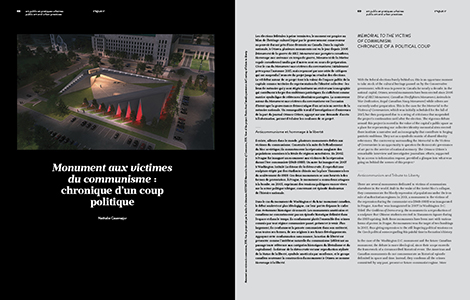