In her research-based work, artist Ina Wudtke (born 1968, lives and works in Berlin) questions hegemonic political and societal discourses and strenghtens counter-discourses on themes such as gender, work and housing. From 1992 until 2004 she edited the queer-feminist artist magazine NEID. With Belgian philosopher Dieter Lesage, she wrote the book Black Sound White Cube (Vienna, 2010). In 2011, she released a conceptual album on gentrification entitled The Fine Art of Living under her pseudonym T-INA Darling. 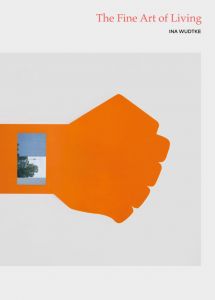 The Fine Art of Living
2019
English edition
Archive Books
This monographs presents a decade of Wudtke's artistic work on gentrification in the city of Berlin.