Alexander García Düttmann (born 1961) is a philosopher and translator of numerous philosophical works. After growing up in Barcelona, he studied in Frankfurt am Main with Alfred Schmidt and in Paris with Jacques Derrida. Since 1992, he has lived in San Francisco, New York, Melbourne, and London, and he has taught at Stanford University, The University of Essex, Monash University, New York University, Middlesex University, Goldsmiths College, and the Royal College of Art. He currently teaches at the Institute for Art History and Aesthetics of the University of Arts in Berlin. 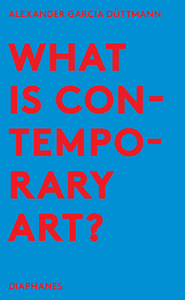 What is Contemporary Art?
2020
English edition
Diaphanes - Misceallenous
forthcoming
The heart of the political-aesthetic debate. 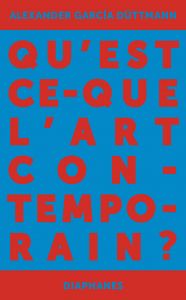