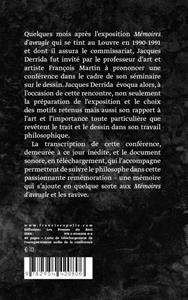 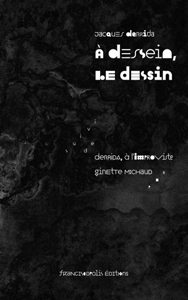 wishlist
The previously unpublished transcript of a lecture by Jacques Derrida around the figure of the blind and blindness in art.
A few months after the exhibition Memoirs of the blind which was held at the Louvre museum in 1990-1991, and of which Jacques Derrida was the curator, he participated to a symposium on drawing as a guest of art teacher and artist François Martin. On this occasion, Derrida was able not only to elaborate on how the exhibition was set up and the exhibits selected, but also to describe his relationship to art and the specific importance of lines and drawings in his philosophical work. The text of this conference, which had remained so far unpublished, is now available, together with the live recording of the lecture, making it possible to share the thrilling reminiscences of the philosopher – a sort of memorial to Memoirs of the blind that will hopefully rekindle interest in the event.

“You must understand that someone who entertains the bizarre conviction that they have never been able to draw in the most elementary, the most basic sense of the word, someone who feels that they would not even know how to look at a drawing, see a drawing, let alone understand one – well, you can easily imagine what it feels like when such a person is requested by the Louvre museum to set up an exhibition of drawings (...). I believe I've always been seriously inhibited about the gesture which consists in drawing something and I must have compensated for this inhibition about mute drawings by turning instead to words, to speech, that is what stands for the picture, surrounds it, or crowds it out.”
Jacques Derrida
Including a coupon allowing to download the audio recording of the conference.
wishlist
Transcription by arie-Joëlle Saint-Louis Savoie et Ginette Michaud.
Notes and postface by Ginette Michaud.
published in April 2013
French edition
11 x 17,5 cm (softcover)
80 pages + download card
ISBN : 978-2-9544208-0-6
EAN : 9782954420806
sold out
press releases
Critique d'art, Rachel Rajalu, 2015 (PDF) 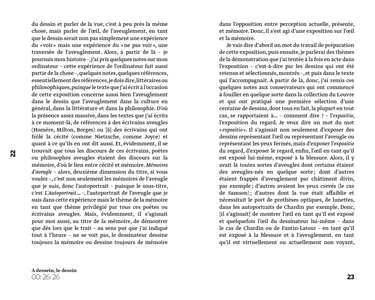 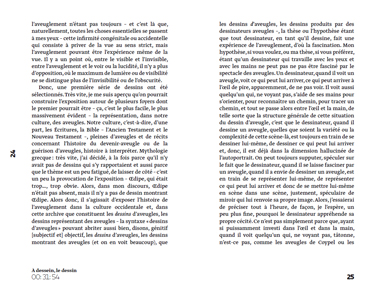 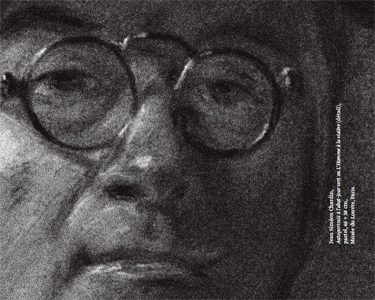