Born in Tokyo in 1933, Yoko Ono moved to New York in the mid-1950s, where she quickly became a critical link between the American and Japanese avant-gardes, participating in Fluxus, and pioneering new idioms in performance and art. Ono's groundbreaking work greatly influenced the international development of Conceptual art, performance art, and experimental film and music. 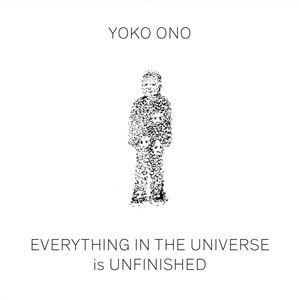 Everything in the Universe is Unfinished
2018
English edition
JRP|Editions - Artists' books & editions
sold out
This new publication by avant-garde artist and cultural icon Yoko Ono combines never-before-published texts and invitation pieces written in 2016–2018 with drawings from the “Franklin Summer” series she started in 1994.