The work of Oscar Tuazon (born 1975 in Seattle, lives and works in Los Angeles) seems to be a natural extension of childhood, as obvious as building a wooden hut or exploring the forest. Tuazon never goes into architecture, he always stays below construction rules, safeguarding the freedom of building, by instinct, for the pleasure of taking possession of a place that would become for a while his living space, his home. Building as an extension of one's self, of one's body and movements. The gesture and the process of assembling are part of his pieces that must be understood as forms of appropriation, of experimentation, of “real-life” experiences. In an interview published in his catalogue I can't see, Tuazon explains: “I want to make something with its own life, its own needs, a living thing.”
The issue isn't sculpture or even installation, nor narration or imitation or symbolism: OT's constructions result in empirical experience, in transposing a lifestyle beyond constraints of an exhibition space. They are part of a nomadic spirit and draw closer to initiatory wandering, on the search for symbiosis with nature until reaching the edges of survival. In Leave Me Be, a text published on the occasion of three recent solo exhibitions, Tuazon describes a long and wild peregrination, real or fantasized, a run to ruin with drugs, sex, a hostile nature, complete solitude, until the discovery of a house, his house, a metaphor for his identity and his work. “It had taken me seven days to get there. I forced a window and pulled myself inside. It was dark and cool, water dripping from the ceiling. And that's the end of it, That's it, That's it, pertaining to me.” Tuazon's issues call up numerous references linking wide open spaces with American writers and culture: from heroic exaltation of an untamed world and communion with nature to protest, anarchist and libertarian movements of the 19th century until today. There probably is a direct relationship between the self-sufficient experience of the philosopher and naturalist Henry David Thoreau (Walden or Life in the Woods), Jack London's adventure story in the North (The Call of the Wild) and the Beat Generation, Jack Kerouac and Williams S. Burroughs. More recent references would include Gerry by Gus Van Sant, Christopher McCandless' life journey narrated by Jon Krakauer and adapted into a film by Sean Penn (Into the Wild) and Ang Lee's two cowboys in Brokeback Mountain, but we could also mention the novels of Irish author Michael Collins, showing a more distanced influence, nevertheless strongly marked by the American “on the road” mythology. The road is a tool for self-discovery, just like solitude in the middle of nature, away from social organisation will lead—according to precursors like Thoreau—to the rise of civil disobedience, to a desire for freedom and to new nonconformist ideas that emerge throughout the 20th century: communitarianism, pacifism, libertarians tending to radical anarchy, ultra marginalism like the one of Jan Kaczynski, a.k.a. The Unabomber, and all the current and less individualistic movements, such as anti-capitalism, alter-globalism and ecology.
Tuazon follows an alternative way of life in symbiosis with the natural elements, close to the idea of self-management, of DIY or to the concept of VONU (“VOluntary Non vUlnerable”, described by Rayo in his book VONU: The Search for Personal Freedom). His work is the primary vector giving shape to these ideas of emancipation: it is a way of testing the resistance of materials stretched to the limits of construction norms, of testing his projects that repeatedly confront the reluctance of artistic institutions. As an echo, it also is a way to oppose the establishment of certain rules and constraints that govern society, culture or the world of contemporary art.
This desire for independence and autonomy has often encouraged OT to participate in collective initiatives such as the creation of the independent bookshop, gallery and publishing house Castillo/Corrales in Paris, together with Thomas Boutoux, Laure Giletti, Boris Gobille, Guillaume Leblon, François Piron and Benjamin Thorel. He also creates some works together with his brother Elias Hansen, an artist as well, and contributes texts, photographs or interviews to the magazineParis, LA published by his partner Dorothée Perret. Oscar Tuazon maintains a very strong relationship with text, book and editing and this constitutes another extremely important side of his artistic engagement. Though he excludes the narrative and the drama from his constructions, wanting them the nearest possible to the constructing experience, Tuazon writes in order to retrace the story of the creation of his pieces and to control the discourse on his work: a discourse he would like to keep as independent as possible from the one on art. Making books he often fabricates himself, like Dwelling Portably #1 (2009), Leave Me Be #3 (2009), is part of the same search for autonomy. For Tuazon, the book is an object that encloses his text, drawings, references, and that becomes another construction, another place, another body. 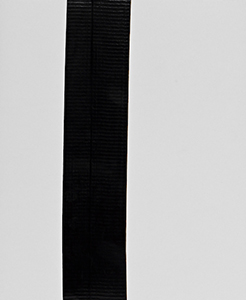