Born 1984 in Tallin, Estonia, Katja Novitskova lives and works in Amsterdam and Berlin. Graduated in semiotics, cultural studies, science in digital media, Katja Novitskova's sculptures and installations explore the tension between the Internet and the physical world. They are based on images sourced from the Internet or everyday objects which she reworks, endowing them with a new, singular, disturbing state of being.
Katja Novitskova's work has recently been exhibited at the K11 Foundation, Shanghai (2017), the ZKM in Karlsruhe (2017), the Kunstverein Hamburg (2016), the Kunsthalle Lissabon in Lisbon (2015), and has been part of the New York City Public Art Fund program (2017). She was in residency at the Rijksakademie van beeldende kunsten, Amsterdam in 2013–2014, and she represented Estonia at the 57th Venice Biennale in 2017. 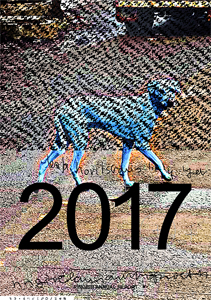 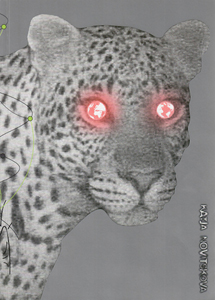 If Only You Could See What I've Seen with Your Eyes
2017
English edition
Sternberg Press - Monographs and artists' books
Published for the Estonian Pavilion at the 57th Venice Biennale, Katja Novitskova's catalogue addresses emerging potentialities between visual culture, big-data-driven processes, and ecology. 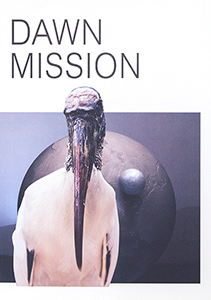