The distinctive practice of Céline Ahond (born 1979 in Clermont-Ferrand, lives and works in Montreuil) finds expression in art venues, books and public spaces—in the form of collective experiences. She drew critical attention in the early 2000s with performance-lecturess involving narratives of all kinds, printed and projected images, video systems and presentations of objects. She followed up with “film performances” with evocative titles like You See What I Mean?, What Film Are We Living in? and Playing at Really Pretending. On the fine line between documentary and zany fiction, these are real-fake reconstructions whose role-playing blurs identities and the relationship between the real and the imaginary. Ahond is a past master in constructing situations that open up territories for action, speaking out and inventing a specific language; and in doing so she explores the way “the encounter generates art”. 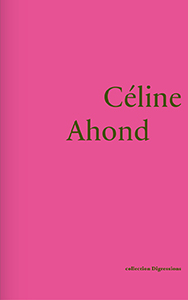 untitled
2018
bilingual edition (English / French)
Captures - Digressions (interviews)
A conversation with French artist Céline Ahond whose work—from video and objects to performance and collaborative acts—questions the place of the individual, power relations, the territory, and the eventuality of freedom. 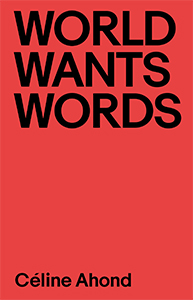